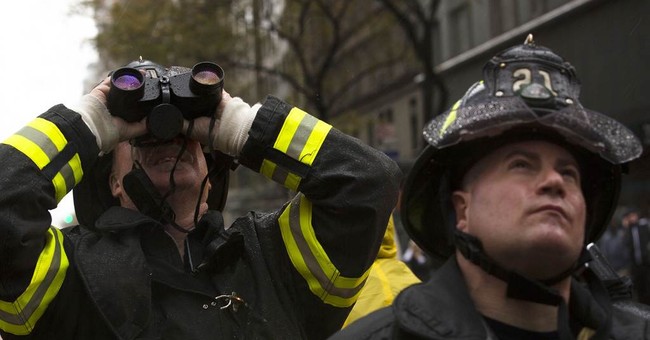 On May 17, 285 people graduated from the FDNY's Randall's Island training academy. Of those, 284 were capable of running a mile and a half in 12 minutes. Wendy Tapia, one of the five females to graduate from the academy, was not.

The graduating class was billed as the "most diverse" class ever, according to the New York Post.

Despite being given an unprecedented five chances to run a mile and a half in under 12 minutes and failing each time, Tapia is still employed by the FDNY thanks to an organized effort by United Women Firefighters. The group reportedly intervened to protest her firing.

Normally, a person who fails any portion of the fitness test is not allowed to graduate from the training academy and is forced to repeat the course the following year. Tapia claimed that a "foot injury" was the reason why she was unable to pass the test, and was placed on medical leave to recover. Following her return from medical leave, she began doing "light duty" at the FDNY headquarters. She has not yet actually worked at the firehouse she was assigned to following graduation.

Tapia's colleagues, both male and female, are furious with how the FDNY has continued to coddle her despite being unable to complete required tests.

“We have to do our job in all types of situations,” she said. “If I go to a fire, what am going to do — tell the guys I’m staying out by the ­engine because I’m not feeling so good? It’s 100 percent unheard of.”

She said FDNY brass, under pressure from a court order to hire more minorities, “want their numbers — that’s all it is.”

But that does female firefighters no favors, she added.

“It’s making us look bad. It’s undermining ­everything we’ve strived for and achieved of our own accord,” she said.

Tapia's female colleague makes a good point. The job of a firefighter is to put out fires and to rescue people trapped in them. I am fairly certain that nobody being rescued from a fire has stopped to question the race, gender, or ethnicity of the fireman doing the rescuing. The FDNY's treatment of Tapia is unacceptable, and it is pretty clear that she's run out of chances to pass the test.