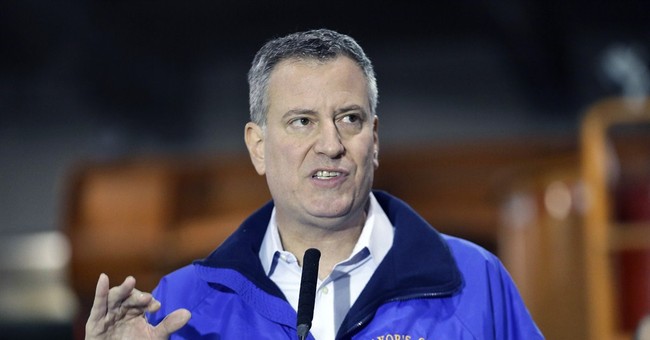 Class warrior and New York City mayor Bill deBlasio seems to be acting on his apparent animus toward the 1% -- residents of Manhattan's (well-to-do) Upper East side confirm that section of the city remains unplowed in the ongoing northeast blizzard.

My husband, attending business meetings in the city, confirmed that buses and taxis are stuck in intersections on the UES and the streets are difficult to navigate. It is impossible to find any sort of transportation in that area. What de Blasio might consider is what that means -- not just for the prosperous residents -- but for the small businesses, cab drivers, truckers and other "workers" who serve that section of town.

Well, New York City voters elected a leftist mayor (who was, incidentally, Hillary Clinton's 200 Senate campaign manager) . . . and they're getting one. Good and hard.