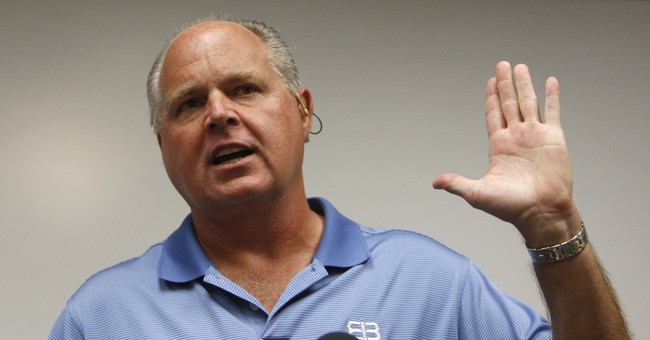 Conservative legend Rush Limbaugh passed away on Wednesday. For decades, the standard-bearer exerted a tremendous influence over the conservative movement. In 2009, Limbaugh delivered a very memorable speech before the Conservative Political Action Conference (CPAC), rallying conservatives behind their principles and plotting a course for the movement through the dark days of the Obama-Biden administration.

Limbaugh said conservatives, unlike leftists, don't believe in telling people how to live their lives.

"We look over the country as it is today, we see so much waste, human potential that's been destroyed by 50 years of a welfare state, by a failed war on poverty," said Limbaugh.

Limbaugh called the war on poverty the nation's oldest war and said Democrat policies have done nothing to help the poor.

Limbaugh's speech came on the heels of President Obama's ascendency to the White House. While Limbaugh acknowledged the political realities at the time, he called on conservatives to spend the next years exposing the left's agenda to the American people.

Limbaugh encouraged conservatives to stick to their principles and be wary of so-called Republicans willing to compromise with Democrats.

"Conservatism is what it is and it is forever. It's not something you can bend and shape and flake and form," said Limbaugh.

Rush Limbaugh may be gone, but his wisdom is as relevant and prophetic today as it was more than a decade ago.