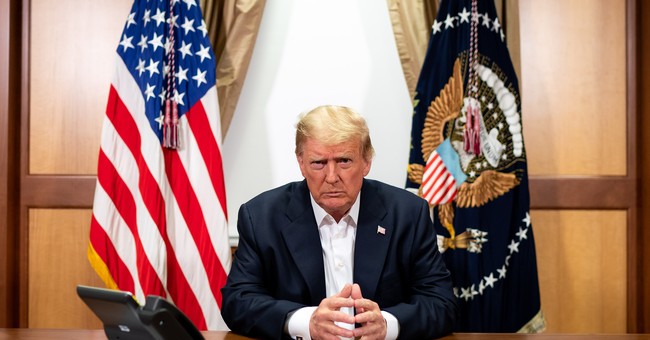 On Wednesday, the arbiters of First Amendment rights on the internet -- the big tech plutocrats -- paid a little visit to Capitol Hill to respond to complaints from duly elected members of the United States Senate. While the social media barons danced around the issue of censorship, President Trump blasted the Silicon Valley elites for their brazen censorship of The New York Post's reporting on the Biden family's business activities.

The USA doesn’t have Freedom of the Press, we have Suppression of the Story, or just plain Fake News. So much has been learned in the last two weeks about how corrupt our Media is, and now Big Tech, maybe even worse. Repeal Section 230!

Section 230 of the Communications Decency Act protects social media giants from being held liable for the content they publish. Newspapers and other media outlets enjoy no such protection. If Twitter is going to act as a publisher, behave like The New York Times, and favor Democrats, then critics believe Twitter and other social media monopolies that engage in such partisan censorship should lose the protections intended for platforms, not publishers.

It’s amazing. Twitter refuses to allow the any mention of the Biden corruption story which was carried so well on @TuckerCarlson last night. It’s the biggest story and Big Tech, together with the Lamestream Media, isn’t allowing a word to be said about it.

Why isn’t Twitter trending Biden corruption? It’s the biggest, and most credible, story anywhere in the world. Fake Trending!!!

After blocking The New York Post's reporting about a smoking gun email showing Hunter Biden arranged a meeting between Joe Biden and a Burisma executive, Twitter CEO Jack Dorsey admitted to lawmakers on Wednesday that Twitter had no evidence to suggest the story was disinformation and was unable to defend Twitter's claim that the information was the result of hacking.

Zuckerberg and Dorsey will also testify before the Senate Judiciary Committee on Nov. 17 regarding their censorship of the New York Post's report on Hunter Biden's emails.