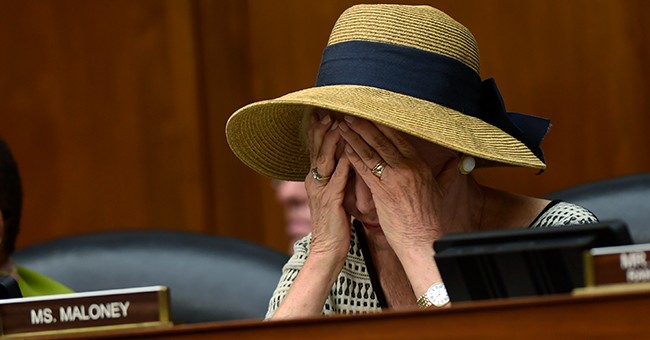 Democrats on the House Oversight and Reform Committee on Sunday demanded leaders of the U.S. Postal Service testify before an emergency oversight hearing to address baseless accusation from Democrats that the Trump White House is undermining the postal service ahead of November's elections. Many states have expanded mail-in voting, ostensibly to slow the spread of the Wuhan coronavirus. But even Dr. Anthony Fauci has said there is no reason people can't vote safely in person come November.

But Democrats on the House Oversight Committee are demanding to hear from Postmaster General Louis DeJoy and Robert Duncan, the chair of the Postal Service board of governors, regarding the latest accusations Democrats dreamed up, alleging the Trump administration is attempting to suppress voter turnout by underfunding and under preparing the post office before the November election. Democrats and the media are already fully-invested in the conspiracy theory, so facts be damned.

Postmaster General DeJoy is the latest symbol of hate for the Left -- demonization of one's political enemies is always the first step to normalizing violence. On Saturday, a leftist mob targeted DeJoy's DC home, carrying out a "noise demonstration" as they undoubtedly frightened and harassed DeJoy and his family. Discussing the accusations against President Trump and the postal service on Saturday, Squad member Ayanna Pressley (D-MA) called for "unrest in the streets," pouring fuel on the fire that has caused widespread violence in America's cities for several weeks.

House Democrats are attempting to drag the American people through yet another baseless conspiracy theory. The conspiracy theory allows Democrats to once again charge the president with abusing his office for political gain, so Democrats can recycle their talking points from the sham impeachment earlier this year. The latest conspiracy theory also has the added benefit of giving Democrats a reason to declare the results of the 2020 election illegitimate, if things don't go their way. It looks like the Democratic Party is prepared to pull a Stacey Abrams this year if they lose, only instead of blaming Putin this time, they'll blame the Post Office.