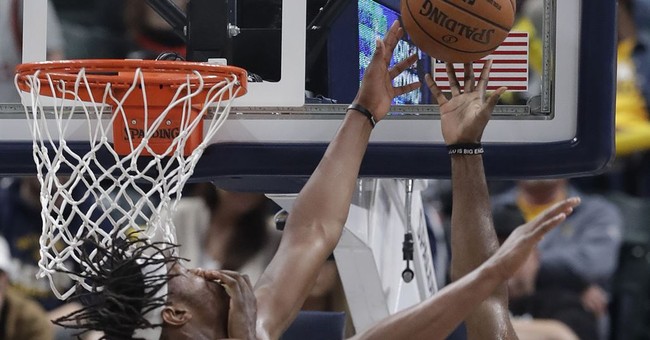 The National Basketball Association announced Wednesday evening that it would be suspending the remainder of the season amid growing concern over the Wuhan virus. The decision comes after a player tested positive for the foreign virus which originated in China.

"The NBA announced that a player on the Utah Jazz has preliminarily tested positive for COVID-19," an official release from the NBA stated. "The test result was reported shortly prior to the tip-off of Wednesday's game between the Jazz and Oklahoma City Thunder at Chesapeake Energy Arena. At that time, Wednesday's game was canceled. The affected player was not in the arena."

According to the release, the NBA will suspend games until further notice and use the time to determine how the association will operate in regard to the spread of the Wuhan virus.

Earlier on Wednesday, the National Collegiate Athletic Association (NCAA) announced it would be excluding fans from their upcoming March Madness basketball tournament games. Around 650,000 people paid to attend the NCAA's tournament games in 2018.

"The NCAA continues to assess the impact of COVID-19 in consultation with public health officials and our COVID-19 advisory panel," NCAA President Mark Emmert said in a statement. "Based on their advice and my discussions with the NCAA Board of Governors, I have made the decision to conduct our upcoming championship events, including the Division I men’s and women’s basketball tournaments, with only essential staff and limited family attendance."

Wednesday marked a clear escalation in the response to the Wuhan virus. President Trump imposed new travel restrictions between Europe and the U.S. Washington State and the city of San Francisco moved to ban large public gatherings, and Democratic presidential candidate Joe Biden announced he will be holding his upcoming campaign events virtually, citing concern over the virus.