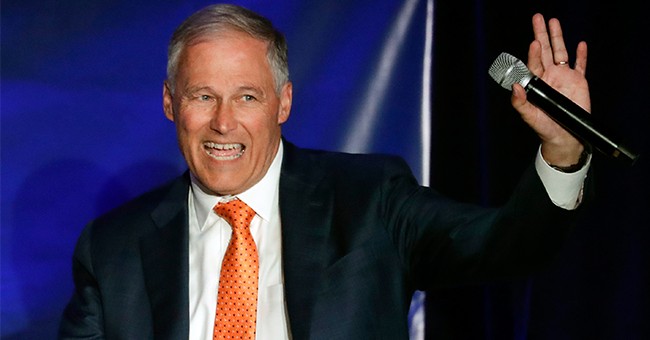 Washington State Gov. Jay Inslee on Wednesday announced new restrictions on gatherings of more than 250 people in King, Snohomish and Pierce counties. Those counties alone are home to more than 4 million people in the Evergreen State but they are also the epicenter of the state's Wuhan Coronavirus outbreak.

The restrictions apply to large public gatherings, like sporting events, concerts, parades, conventions, festivals, fundraisers and cultural events but do not apply to restaurants or transportation hubs like airports.

“This is an unprecedented public health situation and we can’t wait until we’re in the middle of it to slow it down,” Inslee said during Wednesday's press conference. “We’ve got to get ahead of the curve. One main defense is to reduce the interaction of people in our lives.”

“It is clear that our needs call for a more vigorous, comprehensive, aggressive position if we are going to slow the spread of this epidemic,” he explained.

Although Washington’s superintendent of public instruction Chris Reykdal didn't anticipate schools being impacted by the announcement, Inslee is telling schools to have "contingency plans" in case further restrictions and school closures are necessary to prevent the spread of the Wuhan Virus.

Inslee wants school contingency plans to address concerns like continuing social programs for families in need, ways for children to complete schoolwork at home and options for child care.

“Our children are relatively free of serious disease associated with this,” Inslee said. “But the best science tells us they have the capability of transmitting the disease with people they come into contact with.”

Reykdal and his team are currently working with the U.S. Department of Education on "unknown factors," like whether school closure would impact federal funding, especially if long-term closures take place, the Seattle Times reported.

The ban is scheduled to last through the end of March, although the governor said that it could be extended and restrictions could be expanded in the coming days, KIRO-TV reported.