Union Farm Workers, One of the Most Powerful Unions, Just Backed This 2020 Democrat 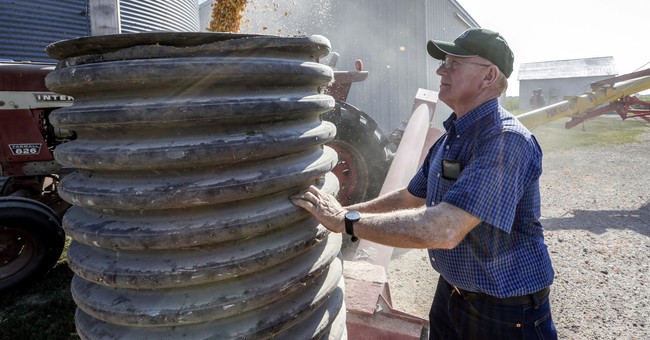 According to UFW President Teresa Romero, the board voted "overwhelmingly" to endorse Harris. Romero endorsed the California senator earlier this year.

The union represents more than 10,000 agricultural workers along the West Coast and has had a strong grassroots presence in the Southwest. The group decided to support Harris because of she's a "champion [of] overtime pay for farm workers after eight-hour days, lobbying for state rules supported by the union and marching with the group at demonstrations in the past" as well as her support for "immigrant rights," Romero told the Chronicle.

She stood with us on heat protections. She marched with us for overtime protections. We support @KamalaHarris because of her leadership on immigrant justice and her fight for our equal treatment as farm workers. #WeFeedYouhttps://t.co/SqStGBhF1s

And Harris touted the endorsement:

Humbled to earn the endorsement of the @UFWupdates. These working families are the lifeblood of our economy and communities, and this union has long been on the frontlines in the fight for justice.https://t.co/RsqFYI78sy

The endorsement, which was closely aligned with the California Democratic Party convention in Long Beach, is said to be a last-ditch effort to help Harris' struggling campaign. At the end of October, the Harris campaign had to cut staff and close offices as their fundraising efforts fell short.