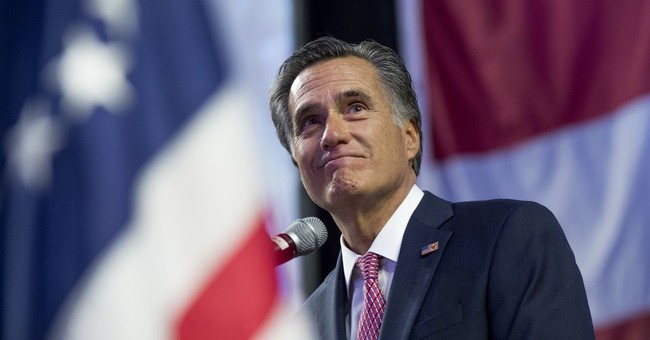 According to Romney, Trump made a number of decisions he disagreed with, including pulling out of Syria abruptly.

"The departure of Secretary Mattis and the decision to pull out of Syria and the abrupt way it was done was a precipitating event for my finally going on this record." GOP Sen.-elect Mitt Romney explains why he wrote a scathing op-ed about President Trump. https://t.co/479m7QbjLl pic.twitter.com/O2udlAIQAS

Earlier in the day, Trump said Romney is "not a team player" for coming out against him. He also said if Romney fought President Obama's agenda as much as he's fighting Trump's that maybe the Senator-elect would have been president:

"The President, of course, is entitled to his perspectives, his own views, and I respect his right to express those things." Sen.-elect Mitt Romney responds to Trump's reaction to his scathing op-ed. "Where we disagree, why, we'll just have to disagree." https://t.co/K6IJ69lkQi pic.twitter.com/TK6J4vBfhl

Interestingly enough, Romney said he has yet to decide who he will support for president in 2020. He wants "to see what alternatives" there are to Trump.

Sen.-elect Mitt Romney says he's not running for president in 2020. He also says he hasn't made a decision on whether to endorse President Trump's re-election: "I want to see what the alternatives are." https://t.co/K6IJ69CVHQ pic.twitter.com/6CI74xcmn1

Although Romney and Trump appear at odds with one another, the Senator-elect said he would still vote for the wall along the United States-Mexico border. He also mentioned that border security needs to include various policy reforms, like improving the everify system.

“I would vote for the border wall,” GOP Sen.-elect Mitt Romney tells @jaketapper. “Whether it’s a wall or a fence or technology and perhaps in some cases the natural landscape prevents people from coming in. ... We’ve got to secure our border.” https://t.co/2k5q5YyZ5Z pic.twitter.com/qlfIg99WFQ