ICYMI: Winston Churchill's Grandson: Trump Is 'Not Fit to Represent His Great Country' 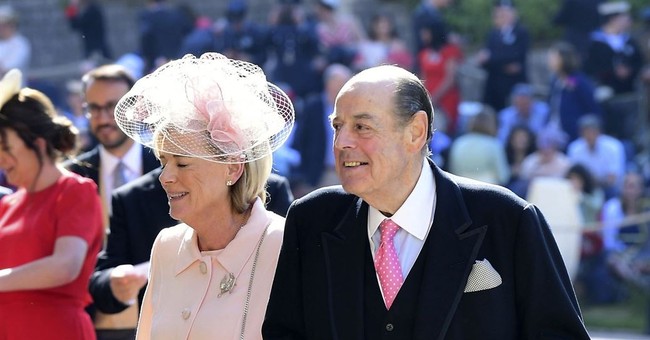 The grandson of former British Prime Minister Winston Churchill, Nicholas Soames, slammed President Donald Trump for missing a visit to the World War II Memorial in Paris on Saturday because of rain.

According to Soames, Trump is unfit to lead the United States of America because he couldn't pay his respects to those who lost their lives during a time of war.

According the Washington Examiner, the White House said President Trump would not be attending a scheduled event at the Aisne-Marne American cemetery outside of Paris. White House chief of staff John Kelly, a former Marine general, and Joint Chiefs chairman Joseph Dunford, took Trump's place.

Press Secretary Sarah Huckabee Sanders said Marine One was unable to land at the ceremony site because of "near-zero visibility."

"A car ride of two and a half hours, each way, would have required closures to substantial portions of the Paris roadways for the President’s motorcade, on short notice," Sanders said in a statement. "President Trump did not want to cause that kind of unexpected disruption to the city and its people."

Trump did give a speech at the Suresnes American Cemetery near Paris, despite the rain:

Soames has criticized Trump in the past, including during the 2016 presidential election: