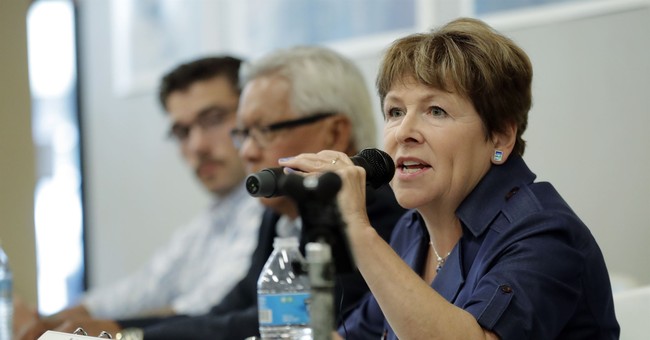 Democratic Congressional candidate Lisa Brown, who is challenging House Republican Conference Chair Cathy McMorris Rodgers in WA-05, had the locks at her campaign headquarters super glued shut on Election Day. Campaign staffers and volunteers were unable to get inside their office, KHQ-TV reported.

A locksmith had to come out and replace the locks in order for Brown's team to get in.

No one knows who committed the act but McMorris Rodgers' team condemned the actions.

“It’s very disappointing to see the level of vandalism and divisiveness this campaign year—which our campaign has also weathered," McMorris Rodgers' campaign spokesperson, Jared Powell, said in a statement. "Cathy and our team continue to work to bridge divides and bring people in our community together, and condemn these acts which have no place in Eastern Washington politics.”

A police report was filed with the Spokane Police Department.

Here's a picture of the door knobs: