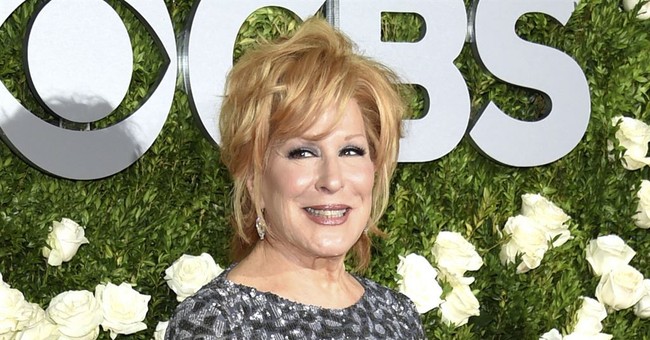 Bette Midler, to the best of this writer's knowledge, is perhaps most famous for providing the soundtrack for the Happy Hands Club in Napoleon Dynamite. Well, anyways I guess she has done a lot more in Hollywood such as Disney's Hocus Pocus, but apparently, she is also a racist and a hardcore, seemingly deranged, anti-Trump celebrity. On Wednesday, Midler remarked that the only possible way that black supporters could attend a rally in favor of President Trump is if they were paid. What is worse, is she referred to these individuals as the "blackground."

There were dozens, if not hundreds, of replies explaining to Midler why her tweet was racist and downright stupid. Here are some highlights:

However, perhaps the best response came from actress Kirstie Alley.

"This is one of the most racist, degrading "jokes" I've seen on Twitter & that's saying a lot. We get it Bette, you hate Trump & that's your right but to imply Black men have to be PAID to celebrate their OWN  political views is pure and REAL racism. And "BLACKGROUND"??  WTF??!!," she tweeted.

That really sums it up. Let's call a spade a spade here. Midler's tweet was stupid, ignorant, and racist.