Government Deficiency: DMV Worker Spent More Than 2,000 Hours Sleeping While on the Job 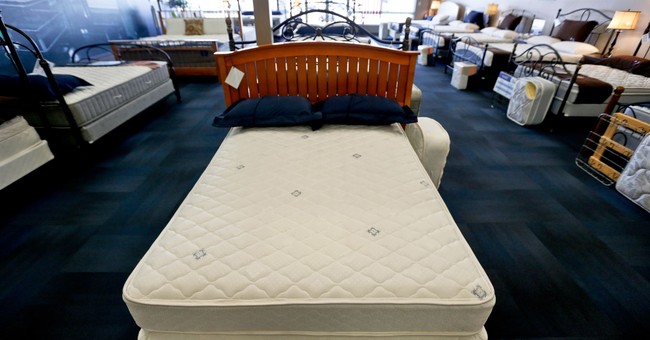 Your government at work: The Associated Press reports that a California audit has found a Department of Motor Vehicle employee slept nearly three hours a day, everyday on the job for the past four years. Plus, a fireman built a bar and served up booze while on taxpayers' dime.

Every now and then, an astonishing story of workplace malpractice comes along that leaves the reader wondering whether they should be angry at the abject laziness or impressed by the sustained, dedicated effort to avoiding work. Today, Townhall readers, we are blessed with a story that fills one with confusion, rage, and possibly admiration for a California government worker who was somehow able to convince her bosses to allow her to sleep while working at the DMV, without question.

Apparently, "investigators estimate the Department of Motor Vehicles data operator spent more than 2,000 hours sleeping on the job...The worker's supervisors told auditors the employee had a medical condition that caused her to fall asleep."

How could this have happened? Well, her supervisors never bothered to check if her medical condition checked out. An educated guess would say that she says she has narcolepsy, but the AP report does not actually clarify which medical condition she claims to have. Surely, some readers are in awe at the gullibility of her managers' and perhaps jealous she has been able to slumber away. But, in the end this is a waste of taxpayers' money. nearly $40,000 worth.

Yet, for California denizens, the taxpayer waste gets worse. This audit also found that a Cal Fire assistant ordered "state workers under his command build an unauthorized structure on state property with plumbing and electrical connections while they were on duty. He decorated the 16-by-20 foot structure as a Tiki bar where he served alcohol to his guests, according to the report."

And, get this, the house he was renting was a state owned residency. He violated his tenant agreement and wasted more money there as well. The fire assistant was suspended for 30 days without pay.

California is currently in mounds and mounds of debt. But, based on the fact that their state employees are getting away with the kind of shenanigans above, it does not come as a surprise. As the legendary Peter Gibbons says in the movie "Office Space," it is not these employees are lazy, it's that they just don't care.

Here's a clip of Peter explaining his average day to the "Bobs," the consultants brought in to improve his company's workplace efficiency. It seems as if the state of California could use a visit from the "Bobs" as well.