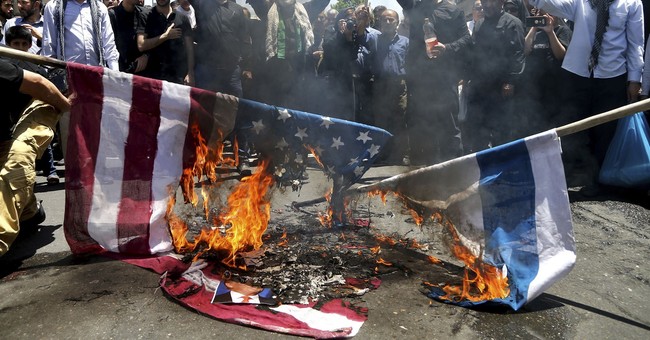 The Daily Caller’s Hanna Bogorowski first reported that an influential Iranian politician admitted that his government “knowingly facilitated the passage of al-Qaeda members who later carried out the September 11, 2001 terror attacks.”

In the 2004 9/11 Commission Report, investigators strongly believed that al-Qaeda terrorists responsible for killing 3,000 innocent Americans on Sept. 11, 2001 traveled through Iran while on their jihad. "We believe this topic requires further investigation by the U.S. government,” the commission stated.

It was believed that Iran was chosen for travel because the country does not stamp Saudi Arabian passports, which the Islamic extremists terrorists were using.

Apparently, not only did the Iranian government not stamp their passports, officials were fully aware of the terrorists' presence in the country and aided in their travel to carry out their attacks. This interview was then translated and independently confirmed by The Daily Caller News Foundation. (Via Daily Caller):

“The al-Qaeda members asked the Iranian authorities not to stamp their passports because the Saudi government would prosecute them if it knew they traveled to Iran, he said.

“Our government agreed not to stamp the passports of some of them because they were on transit flights for two hours, and they were resuming their flights without having their passports stamped,” Larijani said. “However their movements were under the complete supervision of the Iranian intelligence.”

One of the pilots who passed through Iranian airspace before September 11 was responsible for carrying out the attacks, and a Hezbollah military leader sat next to him, Larijani added.

It should be noted that Larijani seemed to dispute a 2011 New York federal court's findings that "the evidence presented established that Iran’s provision of material support to al-Qaeda was a cause of the 9/11 attacks and the resulting damage, injuries, and deaths." Larijani said the court wrongly attributed the government's involvement even while admitting that the Islamic Republic provided supervision.