Democratic Congressman: If We Run On Impeaching Trump, We're Going To Lose Elections 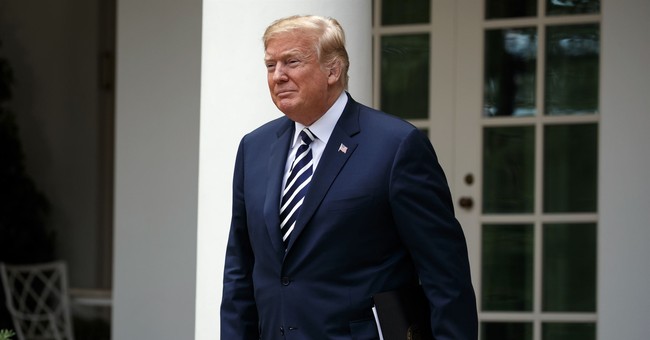 For Reps. Maxine Waters (D-CA) and Al Green (D-TX) impeaching Trump is an agenda item. They’re not alone. I think a large portion of the Democratic Party wants to impeach President Trump. For starters, they hate him. They think he colluded with the Russians to steal the 2016 election from Hillary. And they just can’t believe that Hillary lost the election. Well, that’s life. We won and you lost. Deal with it. Also, to this day, there is still zero evidence to suggest the Trump campaign colluded with the Kremlin. This has become one of the saddest spectacles in politics, watching the fools who actually believe this nonsense. It does provide for some great entertainment though.

Waters is obsessed with destroying Trump. She said Trump has no business being president, that he’s a sorry excuse of a man, and that she can guarantee, without evidence, that Trump is colluding with Moscow. Waters has a serious case of Trump Derangement Syndrome. Oh, and she damned the president. Her most recent reason for impeaching Trump: withdrawingfrom the shoddy Iran nuclear agreement. Lady, give it a rest.

While other members are coyer about it, Rep. Gerry Connolly (D-VA) warned that if his party runs on impeachment, or carries the optics that a vote for a Democrat is a vote for impeaching the president, they’re going to lose elections (via NTK Network):

“I believe that voting for a Democrat should not be seen as tantamount to a vote for impeachment,” he said. “If it is, we’re going to lose elections we otherwise might win.”

Connolly added that Trump voters were willing to vote Democratic, but they’d run away if the party just runs on impeachment.

Democrats need to “separate [themselves] from the ‘I’ word,” he said.

The Thread That Shreds CNN's Fake News idiocy...And This Is Just the Tip of the Iceberg
Townhall
'OMG, this CAN'T be real'! Amy Siskind tries deleting tweet explaining why people can 'trust' military action under Biden and LOL (we got it!)
Twitchy
World Economic Forum Says ‘Lockdowns Are Quietly Improving Cities Around the World,’ What They Want Next Is Scary
Redstate
Virginia College Forfeits Basketball Game After Suspending Players For Kneeling During Anthem
PJ Media