Don't Be Fooled: Democrats Are Eyeing Trump's Impeachment With This Guy On House Judiciary 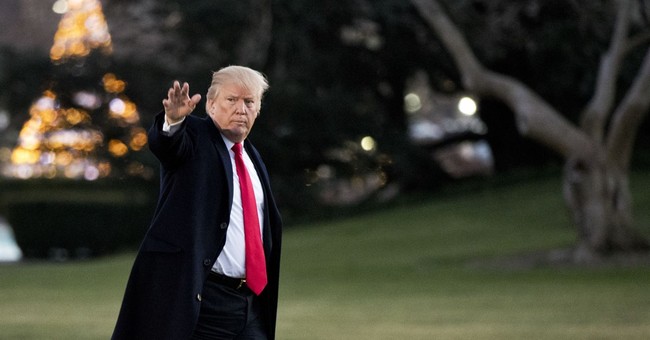 If there is a blue wave next year, expect impeachment proceedings, or endless investigations into the Trump White House, from Democrats. They’re already laying the groundwork for that course of action with their latest pick to fill the top minority spot on the House Judiciary Committee. With Rep. John Conyers (D-MI) exiting public life after allegations of sexual harassment, one of which involved a $27,000 settlement in 2015, Rep. Jerrold Nadler (D-NY) took his place. He’s a constitutional law expert, so a fitting background for Democrats who want someone to be the point of the lance in their fight against President Trump (via WaPo):

To fill their top spot on the House Judiciary Committee, Democrats had a choice between experts in two critical policy arenas — a constitutional-law ace with firsthand experience battling Donald Trump, and an architect of sweeping immigration legislation.

By a wide margin, they chose the constitutional-law expert. Why? To ready themselves for a battle with President Trump that could end with impeachment proceedings.

The selection of Rep. Jerrold Nadler (D-N.Y.) as the ranking Democrat on the Judiciary Committee was the clearest sign yet of how seriously House Democrats consider the possibility of a full-blown constitutional showdown with Trump.

You wouldn’t know it from how many of them talk. When it comes to the i-word, most Democrats have walked a tightrope — with even Nadler hesitant to mention impeachment in interviews before votes were cast Wednesday.

Leaders have cautioned the rank and file not to push for impeachment, because the public might view it as an overreach. The House’s few remaining moderate Democrats from swing districts have regularly warned the party’s liberal flank against making the 2018 midterm elections about Trump or the investigations into his presidential campaign.

Yet, the Post article also included quotes from his remarks defending Bill Clinton from impeachment [emphasis mine]:

After a failed 1985 mayoral bid, Nadler won his House seat in 1992 and became a force on the Judiciary Committee, particularly as a top defender in 1998 of President Bill Clinton during his impeachment hearings.

“History and the precedents alike show that impeachment is not a punishment for crimes but a means to protect our constitutional system,” he said then in his opening statement during the committee’s proceedings. “And it was certainly not meant to be a means to punish a president for personal wrongdoing not related to his office.”

The Left has yet to make the case that Trump has done anything impeachable. So far, all we've received from the more loudmouth members of the Democratic caucus is that he allegedly colluded with Russia. There's no evidence to substantiate that allegation, and impeaching the president because be beat Hillary is not a good reason either.

We’ll see how this turn out. Prior to the tax reform bill’s passage, Democrats were the heavy favorites in the 2018 midterms. The problem is that they’re still months away. A lot can happen, like millions of American families finding out out that Trump’s tax bill actually saved them a lot of money. That means Democrats will have to explain why they voted against the middle class, jobs growth, and the American worker. Yet, for now, it seems like they're acting like they'll be in the majority starting in 2019.