Hogg Effect: May Was A Record Breaking Month For Gun Sales 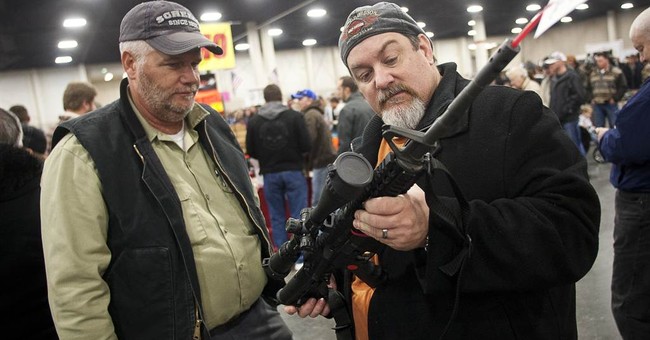 Seriously, the National Rifle Association needs to send David Hogg, Cameron Kasky, and Emma Gonzalez a gift basket. The more they try to chip away at gun rights, the stronger we become. They can’t win. They won’t win. So, send them a consolation prize. Hogg held a die-in protest at Publix, a Florida-based supermarket chain, last month to protest their donations to pro-NRA Florida gubernatorial candidate Adam Putnam. It was a precursor to this terrific news: May set another record for gun sales. The NICS numbers are the best gauges for tracking such activity, though background checks could have been run for concealed carry permits. Hey, that’s still in support of Second Amendment rights (via Free Beacon):

The National Shooting Sports Foundation, the gun industry's trade group, said the spike in NICS checks could be attributed more to permit checks than gun sales, though it said gun sales remained near record levels. The group produces their own analysis of the NICS numbers each month but notes that their numbers suffer from the same uncertainty affecting the FBI's underlying numbers.

The NRA has seen a spike in donations to their political victory fund, the highest in nearly 18 years. They also added one million more members since the Parkland Three—Hogg, Kasky, and Gonzalez—started their anti-gun advocacy campaign last winter. The NRA Annual Meeting in Dallas had a record turnout, with nearly 90,000 attendees. April also set a record month in gun sales.

Gee—it’s like there’s blowback to when you tell Americans you’re going to chip away at their civil rights. Thank you, anti-gunners. You’re ensuring the conservative movement remains unmoved and undeterred in our position on gun rights. For starters, we’re right on this issue, but seeing what the so-called gun control movement (we know they want to repeal and confiscate) pushes when they say they’re for common sense gun control. They advocate for laws that either straight up prohibits gun ownership or forced law-abiding gun owners to register or surrender their firearms. That’s not common sense, folks. That’s tyranny.