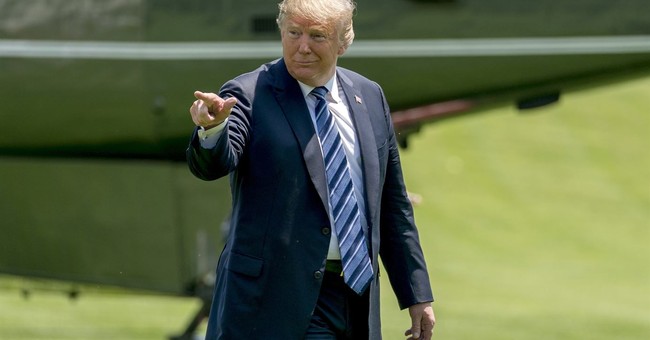 Over the past couple of weeks, the liberal media has clinched the gold medal in the linguistic gymnastics. As the Left goes through their 400,000th box of popcorn waiting for the smoking gun that will never come that shows the Kremlin colluding with the Trump team to tilt the election, new news arose. The FBI seems to have spied on the Trump campaign during the 2016 election—and yes, it looks like it was politically motivated. But you see—for some, it’s not spying; our intelligence apparatus just had a confidential informant trying to glean information based on false pretenses. The FBI asset used for this operation pretty much exposed by the media. They never named him; only The Daily Caller had the gumption to do it. And it’s not a swipe at them. All the information needed on reveal him was public knowledge. There was zero threat to our national security by them publishing his name, even Glenn Greenwald of The Intercept, a left-leaning publication, noted this as well, adding that this person’s activities were reported on back in 1983, when it was exposed that he was involved in a spy operation to feed the Reagan campaign classified information about then-President Jimmy Carter’s foreign policy. He was well known.

Stefan Halper is the longtime CIA operative and Cambridge University professor who approached Carter Page, Sam Clovis, and George Papadopoulos during the 2016 campaign. With Page, it’s a bit more interesting since his encounter with him occurred prior to July of 2016, the date which the FBI said was the official start of the counterintelligence investigation into the Trump team (WSJ):

Multiple media sources have now confirmed that American academic Stefan Halper is the “top secret” informant the FBI asked to sidle up to Trump campaign officials in 2016. Some questions follow: Who asked Mr. Halper to keep tabs on the Trump officials, and when and why?

The answers go to the credibility of the Federal Bureau of Investigation’s claim that it didn’t open an official counterintelligence probe into Trump-Russia collusion until July 31, 2016. The answers might also show if Obama Administration officials knew about this mission, or if political actors working for the Clinton campaign such as Fusion GPS played a role.

One mystery concerns Mr. Halper’s interaction with Trump aide Carter Page. The New York Times reported on Friday that Mr. Halper’s contact with Trump officials happened only after the July 31 launch of the probe.

But Mr. Page tells us he actually met Mr. Halper in mid-July, at a symposium at England’s University of Cambridge, where Mr. Halper is an emeritus professor. Mr. Page says the invitation to that event came much earlier—the end of May or early June. Mr. Page declined to say who invited him but says it was someone other than Mr. Halper.

Mr. Halper had a central role in the symposium. The event was hosted by the Centre for Research in the Arts, Social Sciences and Humanities (CRASSH), a Cambridge research institute.

For the record, Mr. Page says he had never interacted with the CRASSH program at Cambridge before that early summer 2016 invitation. And while he did not speak at the event, he says the organizers paid his round-trip airfare from New York.

Perhaps all of this is a crazy coincidence, but House Intelligence Chairman Devin Nunes is right to investigate.

Former CBS News investigative reporter Sharyl Attkisson alleged that the Obama White House spied on the Trump team, as they did with her (allegedly). She’s still navigating the legal waters on that front. Yet, in The Hill, she listed eight ways that point to how this whole operation was politically motivated. Here are some of them:

The FBI reportedly applied for a secret warrant in June 2016 to monitor Manafort, Page, Papadopoulos and Flynn. If true, it means the FBI targeted Flynn six months before his much-debated conversation with Russia’s ambassador, Sergey Kislyak.

The FBI applied four times to wiretap Page after he became a Trump campaign adviser starting in July 2016.

Electronic surveillance was used to listen in on three Trump transition officials in Trump Tower — Flynn, Bannon and Kushner — as they met in an official capacity with the United Arab Emirates’ crown prince.

The FBI also reportedly wiretapped Flynn’s phone conversation with Kislyak on Dec. 31, 2016, as part of “routine surveillance” of Kislyak.

Another controversial tool reportedly used by the FBI to obtain phone records and other documents in the investigation were national security letters, which bypass judicial approval.

Names of Americans caught communicating with monitored foreign targets must be “masked,” or hidden within government agencies, so the names cannot be misused or shared.

However, it’s been revealed that Power made near-daily unmasking requests in 2016.

Prior to that revelation, Clapper claimed ignorance. When asked if he knew of unmasking requests by any ambassador, including Power, he testified: “I don't know. Maybe it's ringing a vague bell but I'm not — I could not answer with any confidence.”

On Dec. 15, 2016 — the same day the government listened in on Trump officials at Trump Tower — Rice reportedly unmasked the names of Bannon, Kushner and Flynn. And Clapper made a new rule allowing the National Security Agency to widely disseminate surveillance material within the government without the normal privacy protections.

Former CIA Director John Brennan and Clapper, two of the most integral intel officials in this ongoing controversy, have joined national news organizations where they have regular opportunities to shape the news narrative — including on the very issues under investigation.

There’s been a steady and apparently orchestrated campaign of leaks — some true, some false, but nearly all of them damaging to President Trump’s interests.

Besides Halper, Attkisson added James Comey’s buddy, Daniel Richman, a Columbia University law professor, who leaked the former FBI director’s memos to The New York Times. He’s a “special government employee” working for the FBI. And we know Comey leaked the memos in order to get a special counsel, who turned out to be Robert Mueller, appointed to investigate the collusion allegations, which was done via appointment by Deputy Attorney General Rod Rosenstein. The Washington Times’ Larry O’Connor, who also quarterbacks the afternoon drive on weekdays for WMAL, had Attkisson on his program on May 23, to discuss her views on this investigation:

You would not normally use a sledgehammer to kill an ant if you can wipe him off with a feather duster. Using surveillance inside a political campaign should be almost a last resort under our constitution. Spying on US citizens is something that is supposed to be almost never done and if done at all, is super justified and supervised. And, really, even more so if you’re talking about a political campaign or a journalist because of the potential that it looks like abuse or it could be abuse.

Yet, there always seems to be one character that is left off the list for scrutiny: Barack Obama. All of this—the whole operation—occurred under his administration; his intelligence agents executed the plan, his DOJ/FBI was involved. What did Obama know and when did he know it?  There is no way that the Obama White House was out of the loop for any of this. They knew it was going on, they had to; no one could have moved an inch on this without their permission.