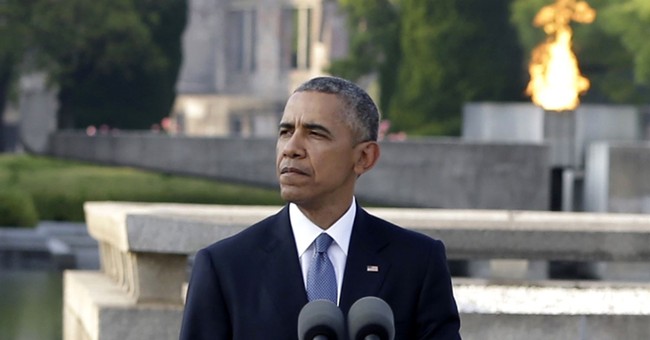 Katie wrote about it this morning. It’s confirmed, folks: The FBI was spying on the Trump campaign. She added the bureau did not have enough evidence to launch a criminal investigation, so they executed a counterintelligence probe instead in July of 2016. The code name was “crossfire hurricane.” This was the investigation signed off by FBI agent Peter Strzok. Sztrok was a top counterintelligence agent before being transferred to human resources after his extramarital affair with bureau lawyer Lisa Page was made public and the two’s texts, which numbered in the tens of thousands, were riddled with anti-Trump and pro-Hillary sentiments. Once then-FBI Director James Comey was fired by President Trump in May of 2017, Robert Mueller took over the investigation. Deputy Attorney General Rod Rosenstein oversees him.

The Page-Strzok texts formed the basis of inquiry into the FBI’s role in all of this. How impartial were they? The texts were so problematic that Mueller removed him in August of 2017. The two discussed how they felt the FBI was going too hard on Hillary as well; Strzok was also involved in that investigation as well. Was the bureau in the tank? The optics weren’t good, especially when reports came that Strzok was presented with evidence that the former first lady’s email server was breached and did nothing about it. But the main focus was the text Strzok sent about a meeting with then-Deputy FBI Director Andrew McCabe in which he referenced an “insurance policy” against Trump. Many have alleged this is a reference to the Trump dossier, which was used to obtain a spy warrant against Carter Page, who was a foreign policy adviser for the Trump campaign. This is unsettling because the dossier was a bankrolled project by Democrats. The Clinton campaign hired research firm Fusion GPS, who then contracted former MI6 spook Christopher Steele to compile dirt on Trump. Still, the counterintelligence probe into Russian collusion and the Trump team, in which there is still zero evidence, moved forward:

Counterintelligence investigations can take years, but if the Russian government had influence over the Trump campaign, the F.B.I. wanted to know quickly. One option was the most direct: interview the campaign officials about their Russian contacts.

That was discussed but not acted on, two former officials said, because interviewing witnesses or subpoenaing documents might thrust the investigation into public view, exactly what F.B.I. officials were trying to avoid during the heat of the presidential race.

The F.B.I. obtained phone records and other documents using national security letters — a secret type of subpoena — officials said. And at least one government informant met several times with Mr. Page and Mr. Papadopoulos, current and former officials said. That has become a politically contentious point, with Mr. Trump’s allies questioning whether the F.B.I. was spying on the Trump campaign or trying to entrap campaign officials.

They said that anything the F.B.I. did publicly would only give fodder to Mr. Trump’s claims on the campaign trail that the election was rigged.

Pavlich, citing The Washington Post, added that there was also a secret source feeding the FBI information:

President Trump’s allies are waging an increasingly aggressive campaign to undercut the Russia investigation by exposing the role of a top-secret FBI source. The effort reached new heights Thursday as Trump alleged that an informant had improperly spied on his 2016 campaign and predicted that the ensuing scandal would be “bigger than Watergate!”

The stakes are so high that the FBI has been working over the past two weeks to mitigate the potential damage if the source’s identity is revealed, according to several people familiar with the matter. The bureau is taking steps to protect other live investigations that the person has worked on and is trying to lessen any danger to associates if the informant’s identity becomes known, said these people, who spoke on the condition of anonymity to discuss sensitive intelligence operations.

The Post first reported earlier this month that an FBI informant and top-secret, longtime intelligence source had provided information early in the FBI investigation of connections between Russia and the Trump campaign.

FBI Director Christopher A. Wray testified Wednesday before a Senate Appropriations subcommittee that the FBI takes seriously its responsibilities to Congress but said the bureau also has important responsibilities to people who provide information to agents.

The source is a U.S. citizen who has provided information over the years to both the FBI and the CIA, as The Post previously reported, and aided the Russia investigation both before and after Mueller’s appointment in May 2017, according to people familiar with his activities.

Which bring us to Mr. Larry O’Connor, a former editor of Hot Air who now writes for The Washington Times, asking this key question: If these investigations can’t get the green light without the White House knowing, what did Obama know and when did he know it? O’Connor added his own commentary as well, rightfully asking where’s the outrage in all of this? O’Connor also had Andrew McCarthy, a former assistant U.S. Attorney for the Southern District of New York, on his radio show on WMAL and plainly stated that none of this could have gone on without the Obama White House knowing:

No! No. no. Everybody knew about it. The agents’ texts made that clear. The Susan Rice, the memo she wrote, the “CYA” memo she wrote going out the door makes that clear. The White House had to know about this from the start. And look, Larry, it’s the kind of thing… An important thing about counterintelligence… there’s nothing wrong with the president knowing about it. Because, unlike criminal investigations and prosecutions where we don’t want the political people interfering in the four corners of the case, counterintelligence is done for the president. The purpose of it is to gather intelligence, to gather information to enable the president to carry out his most important constitutional responsibility, which is protecting the country from foreign threats to national security.

The intelligence apparatus of the U.S. was spying on the opposing campaign of a presidential race. Who in the media will ask that follow up? Also, isn’t it odd that Obama isn’t mentioned anywhere with these developments [emphasis mine]

Let’s just reflect for a moment (with the help of Mollie Hemingway at The Federalist) on the damning revelations in this 4,000-plus article which paint a picture of an Obama White House meddling in a presidential election at a level that would make Vladimir Putin green with envy:

“The story says the FBI was worried that if it came out they were spying on Trump campaign it would “only reinforce his claims that the election was being rigged against him.” It is easy to understand how learning that the FBI was spying on one’s presidential campaign might reinforce claims of election-rigging.”

“Now we learn that it wasn’t just Page, but that the government was going after four campaign affiliates including the former campaign manager, the top foreign policy advisor, and a low-level advisor whose drunken claim supposedly launched the investigation into the campaign. The bureau says Trump’s top foreign policy advisor and future national security advisor — a published critic of Russia — was surveiled because he spoke at an event in Russia sponsored by Russia Today, a government-sponsored media outlet.”

“The surveillance didn’t just include wiretaps, but also national security letters and at least one government informant to spy on the campaign”

Why wouldn’t the New York Times ask that of their plugged-in, exclusive, anonymous sources? It seems like the most important question in this entire episode, wouldn’t you think? Since Sen. Howard Baker uttered the question in the height of the Watergate hearings in the early 1970s we’ve been told that this was the most fundamental question when breaking down a presidential scandal. Yet the word “Obama” only appears once in the Times article and is only used to reference the president for appointing Sally Yates as Deputy Attorney General.

Recommended
As Jay Chen Fundraises Off of Racism Towards Rep. Steel, Protesters Let Him Know They Expect Apology
Rebecca Downs

In March, new texts between Peter Strzok and Lisa Page seemed to suggest there was collusion between the Obama White House, CIA, FBI, and Senate Democrats concerning the Russia probe (via Fox News):

A text message from Strzok to Page on Aug. 3 described former FBI Deputy Director Andrew McCabe as being concerned with “information control” related to the initial investigation into the Trump campaign. According to a report from the New York Times, Brennan was sent to Capitol Hill around the same time to brief members of Congress on the possibility of election interference.

Days later, on Aug. 8, 2016, Strzok texted Page: “Internal joint cyber cd intel piece for D, scenesetter for McDonough brief, Trainor [head of FBI cyber division] directed all cyber info be pulled. I’d let Bill and Jim hammer it out first, though it would be best for D to have it before the Wed WH session.”

The news organization added that “D” was in reference to then-White House Chief of Staff Denis McDonough. At the time no conclusions could be made, though one GOP congressional source told Fox News that the timeline was troubling, even possibly warranting a special investigator to see if the Obama White House was involved with this probe. Also, the FBI and CIA are supposed to act as independent agencies, not pawns for a coordinated political effort. It hasn’t been the FBI’s best moment. The bureau’s reputation has been scarred due to the level of bias and potential tipping of the scales that occurred concerning both the Russia and Clinton investigations. But these new revelations take it to a new level—and Obama remains under the radar, though all of this happened under his administration.