Martin O'Malley Comes In At Zero Percent In Iowa 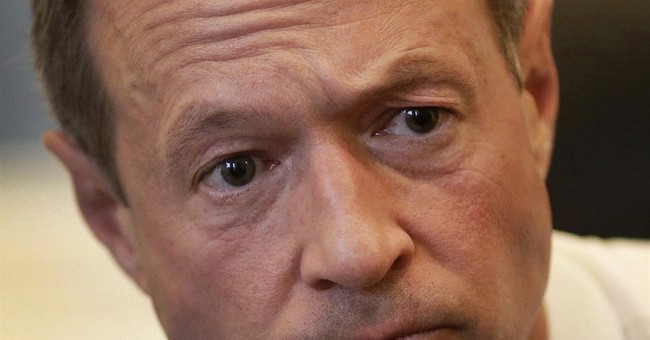 On the Democratic side, the road to 2016 is quite vanilla. Hillary Clinton is just dominating the field, but it hasn’t dissuaded former Maryland Gov. Martin O’Malley, who is “very seriously” considering mounting a presidential run of his own. Yet, a new Quinnipiac poll of 619 likely Iowa Caucus goers aren’t showing him any love, according to Politico. He registered a whopping zero percent in the poll. Only three percent of caucus goers said he was their second choice. On the other hand, if Hillary decides not to run in 2016, Vice President Joe Biden’s support jumps to 30 percent:

Among 619 likely caucus-goers surveyed by Quinnipiac University, zero percent responded that they would support the former governor of Maryland in 2016. And only 3 percent say he would be their second choice.

O’Malley drew low numbers from Quinnipiac surveys in Pennsylvania, Ohio and Florida earlier this month, garnering just 2 percent in the Keystone State and only 1 percent in the other two swing states.

If Clinton does not run, 30 percent of caucus-goers responded that they would back Biden.