An Endorsement That Kay Hagan Should Probably Hide 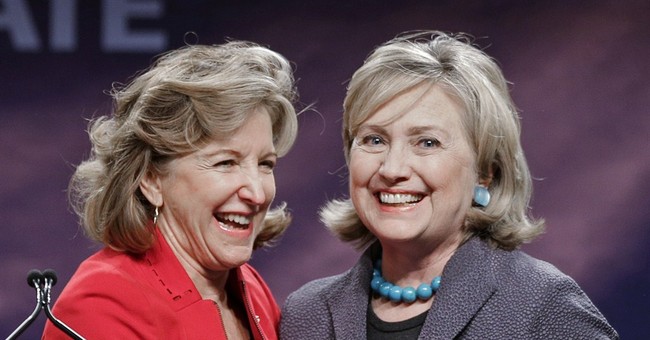 With Election Day less than a week away, Democratic Sen. Kay Hagan picked up an endorsement from the Charlotte Observer, but she might want to keep it hidden from public view; it wasn’t a shining profile. The editorial board labeled her a “disappointment,” but that’s not all (via WaPo):

Here is a sample of the glowing things they had to say about her:

· "Kay Hagan has been a disappointment"

· "She has done about the minimum you'd expect from a U.S. senator, with few if any notable legislative achievements."

· "...She needs to accept that while North Carolina is a difficult, divided state to represent, it deserves a senator who is not perpetually fearful of upsetting half the state’s voting population."

Yet, Tillis was excoriated for opposing things like Medicaid expansion, and pushing policies that hurt North Carolinians. Nevertheless, it gives credence to the GOP talking point that Hagan has not deserved re-election.

On top of this lackluster endorsement, Hagan has been somewhat painfully awkward in her recent string of television interviews. Yesterday, for WSOC, a Charlotte-based television station, Hagan could not say how many Armed Services hearing she’s missed–and she prevaricated when questioned if she regretted repeating the “if you like your plan, you can keep it,” which was left-leaning PolitiFact’s Lie Of The Year.

And speaking of Obamacre, Guy wrote last week about North Carolina residents bracing themselves for a double-digit premium shock from the state’s largest health insurer.

In the Tillis camp, Texas Gov. Rick Perry stumped for the GOP hopeful last week, and Mitt Romney was featured in this ad for the Chamber of Commerce touting Tillis’ humble upbringing, and as someone who will fight for North Carolina in Washington.

As for the nasty, racially charged ads that have surfaced against Tillis in the final weeks, they have not gone unanswered. Our America PAC has this ad featuring Louisiana State Sen. Elbert Guillory, calling Hagan a “limousine liberal,” who has done nothing to help the black community in North Carolina. He urged his fellow African-Americans to reject Hagan on Election Day.

In the meantime, Hagan is still staying consistent with her narrative by sticking to state issues.