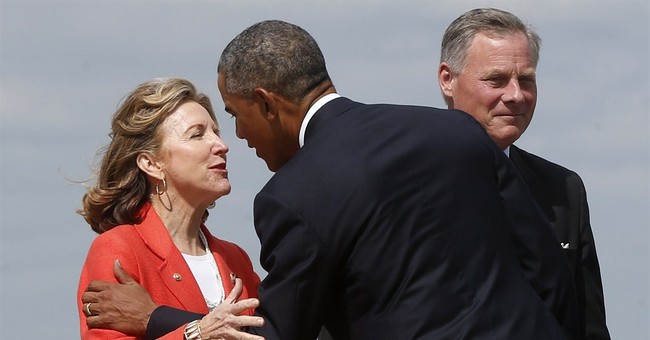 The conservative organization American Commitment is one air with a radio ad in North Carolina that exposes Democrats' race-baiting strategy to other voters. Matt noted earlier this week that Harry Reid's Senate Majority PAC has been running an outrageous commercial narrowly targeted at black listeners. The spot tries to link Republican Thom Tillis to policies that "caused the shooting death of Trayvon Martin." It goes without saying that a North Carolina Republican had absolutely nothing to do with a years-old shooting in Florida (for which the perpetrator was acquitted by an all-female jury); it's also worth pointing out that the 'Stand Your Ground' law invoked in the Democrats' ad had no bearing whatsoever on the resulting legal case. This is an non sequitur on top of a non sequitur, the sole point of which is to stir racial resentment and fear.  American Commitment's ad simply disseminates Senate Majority PAC's message more broadly, broadcasting the seedy underbelly of Democrats' nakedly racial attacks to voters who were never the intended audience for these specifically-tailored smears:

Reid Super PAC injected race. All we did was tell people about their shameful stealth buy. @Alex_Roarty


It's a neat trick the Left pulls.  They drop big money to flagrantly race-bait, then say it's race-baiting for anyone to notice and call out what they're trying to do in certain communities.  And their appalling fear-mongering is still going strong.  Democrats across the country have been caught Catholic-baiting, and using images of battered women to slander Republican candidates (including a woman), turning the demagoguery dial to eleven.  Another flier has emerged in North Carolina -- this one doesn't invoke lynching, but it's not subtle: 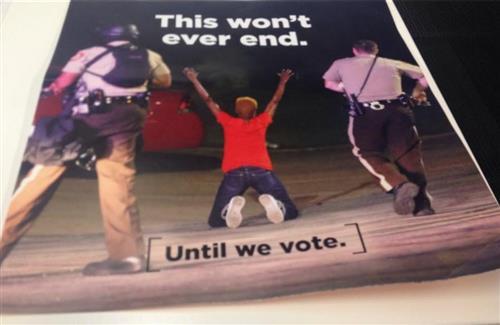 And this one cropped up in Arkansas:

Many African Americans in Ferguson and across St. Louis County, angered over their leaders’ response to the fatal shooting, say they will be taking their outrage to the ballot box and voting against a Democratic Party that has long been their automatic choice. They are focusing on the St. Louis county executive’s race, which typically centers on matters such as the budget and sanitation but this year has become caught up in the unrest....Earlier this month, a coalition of some 20 African American Democratic leaders called a news conference to endorse the GOP candidate, state Rep. Rick Stream. Armed with voter registration forms, activists like Seals have been roaming black neighborhoods urging people to vote for anyone but the Democrat. The plan is not only to beat back a local candidate they view as particularly unfriendly to black residents, but also to present a show of force to Democratic leaders all the way up to Sen. Claire McCaskill and Gov. Jay Nixon. By switching their allegiance in this election, these African Americans hope to demonstrate that their votes should not be taken for granted.


I'll leave you with this, out of Chicago: