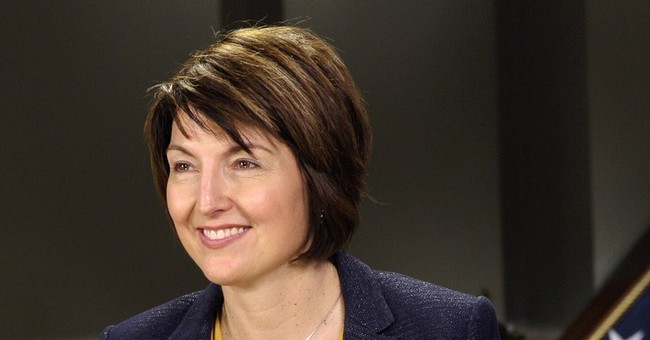 New Hampshire State Rep. Marilinda Garcia's congressional campaign is expected to get a boost from Rep. Cathy McMorris Rodgers, who is projected to raise at least $500,000 for 10 Republican women running for office this year (via Politico):

McMorris Rodgers, the GOP Conference chairwoman, is expected to raise more than $500,000 for the congressional hopefuls Tuesday at the American Trucking Associations townhouse. Republican Reps. Ann Wagner of Missouri, Diane Black of Tennessee and Renee Ellmers of North Carolina also played key roles in putting together the event, according to a source. House Republican Conference Vice Chairwoman Lynn Jenkins of Kansas, GOP Conference Secretary Virginia Foxx of North Carolina, Ellmers and Rep. Martha Roby (R-Ala.) are listed as hosts on the invitation.

The contributions will go to top candidates, including Barbara Comstock of Virginia, Elise Stefanik of New York, Mimi Walters of California and Marilinda Garcia of New Hampshire. Nan Hayworth of New York, Mia Love of Utah, Martha McSally and Wendy Rogers of Arizona, Mariannette Miller-Meeks of Iowa and Darlene Senger of Illinois will also be recipients of the fundraiser.

In the meantime, State Rep. Garcia is still waiting for her Democratic opponent, incumbent Congresswoman Ann Kuster, to respond to her invitation to a town hall event. If Rep. Kuster agrees, it will be the first town hall event with her constituents since she took office in 2013.

Recently, Rep. Kuster sent out this email, which included a survey asking her supporters what issues matter most to them; something that could have been gauged at a town hall event.

Since day one, I've been listening to the needs, concerns and desires of the people who elected me to represent them.

Our campaign is about you, that is why I wanted to take a moment to ask what matters most to you. It doesn’t matter if it’s cutting through the gridlock in Washington, standing up for woman’s rights or even raising the minimum wage, I want to know what issues you care about.

Can you click here to take our one question survey?

Thanks for standing with us,