Report: Obama Planning to Bring Ebola-infected Foreigners to US for Treatment 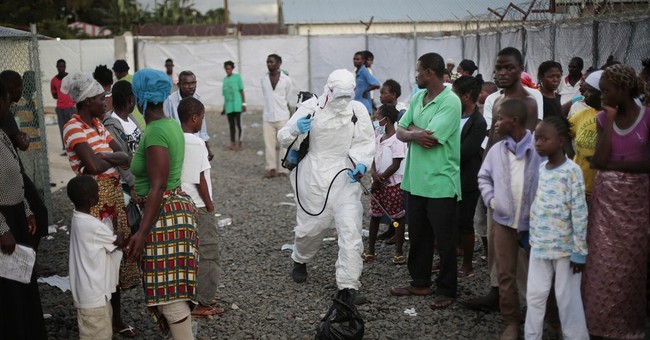 Despite mounting pressure from lawmakers and the public, President Obama on Saturday said that he would not cave on the issue of imposing travel bans on West African nations.

“We can’t just cut ourselves off from West Africa,” he said in his weekly radio address. “Trying to seal off an entire region of the world—if that were even possible, could actually make the situation worse.”

If that were true, then why has nearly every African nation—plus a number of other countries (and airlines) around the world—imposed a ban or significant restrictions on the Ebola-stricken countries in West Africa? It’s simple: quarantines work. As Ann Coulter noted in her column this week, “It’s becoming increasingly clear that this is just another platform for Obama to demonstrate that we are citizens of the world.”

Indeed. Our commander in chief has even sent thousands of U.S. troops with only four hours of training to West Africa to combat the virus. The safety and security of Americans has clearly taken a backseat to the wellbeing of those overseas.

And if all this weren’t enough, a conservative watchdog group is out with a shocking new report that claims the administration is looking to bring Ebola-infected foreigners to the U.S. for treatment. Yes, you read that correctly.

It is unclear who would bear the high costs of transporting and treating non-citizen Ebola patients. The plans include special waivers of laws and regulations that ban the admission of non-citizens with a communicable disease as dangerous as Ebola.

One source tells us that the Obama administration is keeping this plan secret from Congress. The source is concerned that the proposal is illegal; endangers the public health and welfare; and should require the approval of Congress.

If this plan comes to fruition, the public outcry will be deafening. The fact that the cost of this would undoubtedly fall on the backs of taxpayers is one thing, the negligence it would show for the American people is quite another.

I’ll leave you with Thomas Sowell’s take on what Obama’s actions toward the latest crisis suggest about our president:

At a minimum, it suggests that he takes his conception of himself as a citizen of the world more seriously than he takes his role as President of the United States. At worst, he may consider Americans' interests expendable in the grand scheme of things internationally. If so, this would explain a lot of his foreign policy disasters around the world, which seem inexplicable otherwise.

Those critics who have been citing Barack Obama's foreign policy fiascoes and disasters as evidence that he is incompetent may be overlooking the possibility that he has different priorities than the protection of the American people and America's interests as a nation.

This is a monstrous possibility. But no one familiar with the history of the twentieth century should consider monstrous possibilities as things to dismiss automatically. Nor should anyone who has followed Barack Obama's behavior over his lifetime, and the values that behavior reveals. […]

No one knows at this point how big the Ebola danger may turn out to be. But what we do know is that official reassurances about this and other dangers have become worthless.