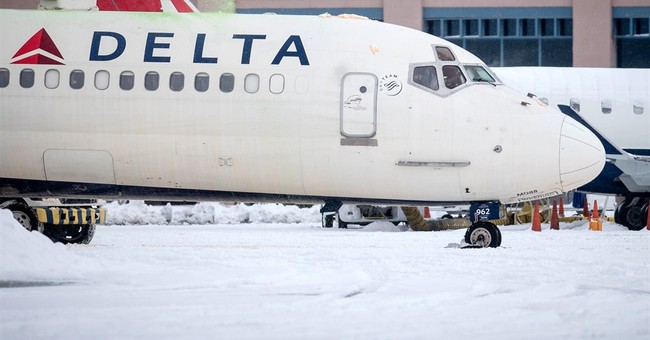 Members of Congress have been flying on first-class tickets to and from their districts for years and they've been sticking American taxpayers with the bill. The good news is, last year Rep. Paul Gosar (R - AZ) wrote and submitted a request with Rep. Walter Jones (R-CA) along with Rep. Raul Ruiz (D-CA) to the Committee on Appropriations asking that language prohibiting lawmakers from traveling first-class on the taxpayer dime be added to the Fiscal Year 2015 Legislative Branch Appropriations Act.


Since then, some progress has been made. Although Members of Congress are still using taxpayer funds to fly first-class, Gosar and seven bipartisan Members have submitted appropriations rider language to permanently stop them from doing so. The language "seeks to codify language that is in line with requirements for travel by employees in the Executive Branch, including members of our Armed Services."

“Efficient travel to and from Congressional districts contributes to effective execution of the official duties of members of Congress. As with all federal spending, Member’s Representational Allowance is funded by taxpayer dollars. Therefore, it is the responsibility of elected Representatives to use the utmost efficiency and transparency when conducting official business," Gosar said in a statement. “Currently, a loophole exists that allows members of Congress to fly first-class at the expense of the American taxpayer. When we have rules in place not allowing our military to fly first class, there is absolutely no reason Members of Congress should be treated any different. Furthermore, luxury airfare accommodations utilizing taxpayer monies would seem inappropriate in any fiscal climate, but at a time of soaring deficits and with a federal debt in excess of $18 trillion, such expenditures are especially wasteful. Elected leaders are public servants of the people and shouldn’t be considered a privileged class.”

Meanwhile, lawmakers are costing you millions of dollars per year in unnecessary and entitled travel costs.