Why Are Members of Congress Using Your Money to Fly First-Class? 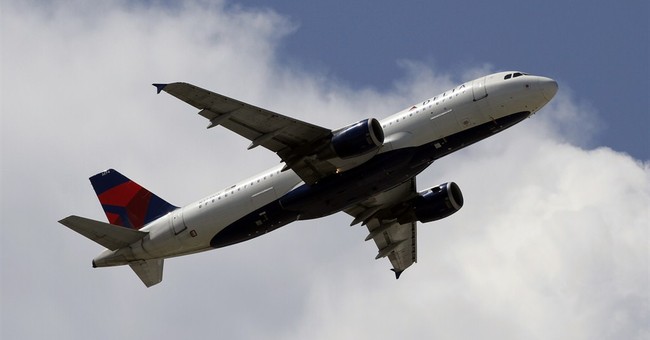 When was the last time you flew first-class on an airplane? For most people, the answer is never or once or twice thanks to an upgrade. I fall into the latter category. Not to mention, those who can afford to pay for first-class tickets, aren't doing it on the backs of taxpayers...unless of course you serve in the U.S. Congress.

Last year, Bloomberg Businessweek ran a feature titled, The Pampered World of Congressional Air Travel. The story detailed the cushy and expensive travel bookings Congressman and Senators make on a regular basis with frequent trips back and forth to their home states and districts. The cost to taxpayers is enormous, but could be much less if they'd simply swallow their pride and sit in coach with the rest of us.

There is no more pampered class of air traveler than members of Congress.

At Washington’s Reagan National Airport, they have their own special parking spaces—right up close to the terminal—that they don’t even have to pay for. As Bloomberg Television’s Hans Nichols reports, this perk costs the Metropolitan Washington Airport Authority $738,760 in foregone revenue.

To members of our fly-in-Tuesday-fly-home-Thursday Congress, these perks are a big deal. Most fly a lot, and many fly first class. They don’t just jet home to their districts. Sometimes, they’re jetting around the world at taxpayer expense ($23,646, to be specific), as Democratic Representative Sheila Jackson-Lee of Texas did in February.

Now, Republican Reps. Paul Gosar and Walter Jones along with California Democrat Rep. Raul Ruiz are looking to end the first-class treatment out of respect for taxpayers. Earlier this week Gosar wrote and submitted a request with Ruiz and Jones to the Committee on Appropriations asking that language prohibiting lawmakers from traveling first-class on the taxpayer dime be added to the Fiscal Year 2015 Legislative Branch Appropriations Act.

"As with all federal spending, Member's Representational Allowance funds are taxpayer dollars. As such, the use of these funds must be exercised with the utmost efficiency and transparency. A loophole currently exists that allows members of Congress to fly first-class at the expense of the taxpayer. Members of Congress are servants of the people and should not be considered a privileged class. Luxury airfare accommodations utilizing taxpayer monies would seem inappropriate in any fiscal climate but at a time of soaring deficits and with a federal debt in excess of $17 trillion such expenditures are especially wasteful," the request states. "If federal restrictions prohibit members of our military from traveling first-class, this same standard should also apply to Members of Congress."

Respect for taxpayer money, what an amazing concept.

"One of my top priorities is eliminating waste, fraud and abuse within the bloated federal bureaucracy. Accordingly, Members of Congress shouldn't be allowed to fly first class on the taxpayer's dime," Gosar said in a statement. "It's absolutely wasteful and completely unacceptable that Members of Congress - servants of the people - are currently allowed to fly first class using hard-earned taxpayer money, especially at a time when our ballooning national debt threatens the fiscal security of generations to come. The taxpayers deserve accountability from their government and oversight on how it spends their money."