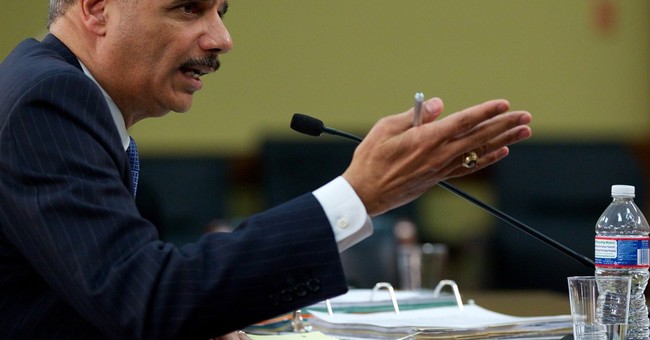 What the hell is going on within the Obama administration?  Another huge scandal rears its head, and I'd bet the press won't take this one lying down:


The Justice Department secretly obtained two months of telephone records of reporters and editors for The Associated Press in what the news cooperative's top executive called a "massive and unprecedented intrusion" into how news organizations gather the news. The records obtained by the Justice Department listed incoming and outgoing calls, and the duration of each call, for the work and personal phone numbers of individual reporters, general AP office numbers in New York, Washington and Hartford, Conn., and the main number for AP reporters in the House of Representatives press gallery, according to attorneys for the AP. In all, the government seized those records for more than 20 separate telephone lines assigned to AP and its journalists in April and May of 2012. The exact number of journalists who used the phone lines during that period is unknown but more than 100 journalists work in the offices whose phone records were targeted on a wide array of stories about government and other matters.

The Associated Press is understandably livid:

In a letter of protest sent to Attorney General Eric Holder on Monday, AP President and Chief Executive Officer Gary Pruitt said the government sought and obtained information far beyond anything that could be justified by any specific investigation. He demanded the return of the phone records and destruction of all copies. "There can be no possible justification for such an overbroad collection of the telephone communications of The Associated Press and its reporters. These records potentially reveal communications with confidential sources across all of the newsgathering activities undertaken by the AP during a two-month period, provide a road map to AP's newsgathering operations, and disclose information about AP's activities and operations that the government has no conceivable right to know," Pruitt said.

Was the DOJ snooping for leakers and potential whistle-blowers?  That's my initial gut reaction.  Stay tuned for details.  If you're keeping score at home, here's what we've discovered since last Friday:

(1) The Obama administration changed its Benghazi talking points 12 times, scrubbing politically unhelpful elements, and radically changing the best analysis of the intelligence community.  The White House had previously denied presiding over anything but minor, cosmetic changes to the talking points.

(2) The IRS targeted conservative groups for extra harassment from 2010 to 2012, and top officials knew about it since at least 2011.  No disciplinary action has been taken so far.

(3) The Obama Department of Health and Human Services is requesting "voluntary" donations from the healthcare companies over which it wields enormous power in order to help fund Obamacare's implementation, perhaps in violation of the law.

I'd toss in some "what if Bush had done it?" snark, but that hardly seems necessary.  This is quite simply astonishing.  And to think, Ron Fournier's piece about President Obama's credibility crisis was written before this latest bomb dropped.  Last week, Obama told Ohio State graduates to "reject" those "cynical" voices who warn of government abuse and tyranny.  Then the IRS and AP stories broke.  Listen up, grads.  And all other citizens.

We take seriously our obligations to follow all applicable laws, federal regulations, and Department of Justice policies when issuing subpoenas for phone records of media organizations. Those regulations require us to make every reasonable effort to obtain information through alternative means before even considering a subpoena for the phone records of a member of the media. We must notify the media organization in advance unless doing so would pose a substantial threat to the integrity of the investigation. Because we value the freedom of the press, we are always careful and deliberative in seeking to strike the right balance between the public interest in the free flow of information and the public interest in the fair and effective administration of our criminal laws.


Notifying the AP that they were secretly collecting work and personal phone records data on dozens of reporters and editors for months was a "substantial threat" to the investigation?  But remember, they "value the freedom of the press."

UPDATE II - What's our president up to tonight?