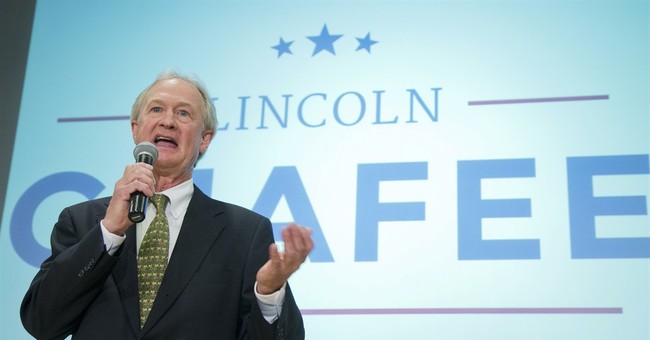 In case you missed it—which you didn’t, if you caught Cortney’s post last night—former Republican Rhode Island Sen. Lincoln Chafee is running for president in 2016 as a Democrat.

“I enjoy challenges, and certainly we have many facing America,” he said on Wednesday evening at George Mason University. “Today, I’m formally entering the race for the Democratic nomination for president.”

Launching his campaign a few miles' drive from the nation’s capital, he delivered a dreamy, progressive speech emphasizing, among other things, the need to end all foreign wars, invest in public institutions and infrastructure, deliver better health care outcomes, and tackle climate change.

Bizarrely, however, Chafee also announced, as part of his campaign platform, that he is deeply committed to transitioning to...the metric system. If Canada can do it, he suggested, why can’t we?

“Let’s join the rest of the world and go metric,” he said. “Only Myanmar, Liberia, and the United States aren’t metric—and it will help our economy.”

Perhaps it will, and in fairness, Chafee spoke about many different issues during his announcement, including his staunch opposition to the Iraq War and building a stronger, more vibrant economy. However, the comment has provoked gaggles of laughter on Twitter and a fair amount of backlash, in large part because it’s a very odd thing to say at a campaign event.

For his sake, let's hope Chafee can come up with a soundbite a little more exhilarating than 'going metric' the next time he's on stage. Otherwise, he should just call it quits.