Another Democrat Steps into the 2016 Ring 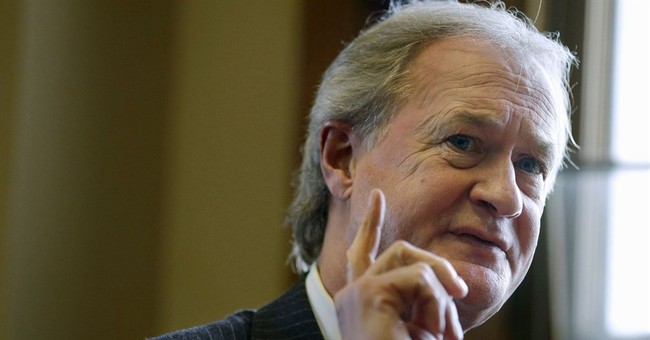 Former Gov. Lincoln Chafee (D-RI) was scheduled to talk about foreign policy in a speech today at George Mason University. He veered off topic a bit.

“I enjoy challenges, and today we have many facing America,” Mr. Chafee said. “Today I am formally entering the race for the Democratic nomination for president.”

So, a third Democrat has courageously stepped into the ring against far and away frontrunner Hillary Clinton. Although, in Mr. Chafee's case, Democrat may well be put in quotations. Whereas Bernie Sanders (D-VT), another 2016 contender, has no need to prove his liberal credentials, Chafee has some explaining to do considering he's changed his party affiliation three times.

Sanders' progressive supporters have shown up in droves since his 2016 announcement, while today Chafee didn't exactly attract the crowd he was hoping for.

No offense to Mr. Chafee, but if he can't even fill an auditorium, how does he hope to beat Hillary for the nomination?

If history repeats itself, maybe he'll change his mind and drop out of the race before he hurts himself.