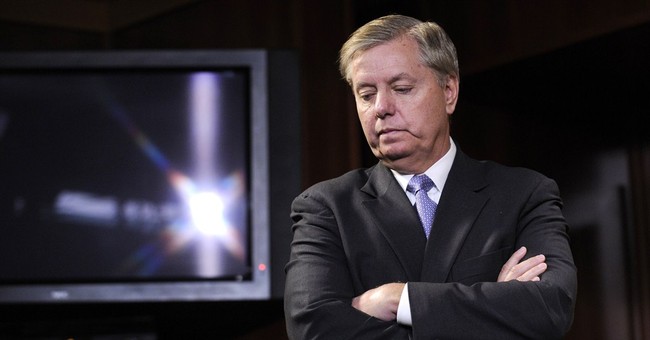 According to John McCain, his “illegitimate son” is actively “exploring” a White House run.

“I’m not doing it to make a statement. I’m doing it to change the country and offer what I have to offer to the American people, and to my party. And I think I’m uniquely qualified to deal with the threats we’re talking about.

In these troubled times, a candidate like Graham who can articulate a path forward would perhaps capture the attention of the American people, if only briefly. But my hunch is that there would be very little interest in Graham as a presidential candidate outside his home state. Despite running an excellent re-election campaign (winning in large part because he avoided a credible primary challenge), Graham seemingly lacks the charisma and support to mount a serious bid. He also does not command the respect of the grassroots, as evidenced by his support for amnesty and other pet projects of the establishment. His only path to victory, of course, is through South Carolina. And how likely is that in a crowded field of successful governors, ex-governors, and former GOP nominees?

Still, don’t be surprised if the most unlikely and unexpected candidates continue to put their names forward in 2016.

It's what politicians do when there's no incumbent.