Ex-POW House Republican: The Bergdahl Deal Was "Deplorable and Worrisome" 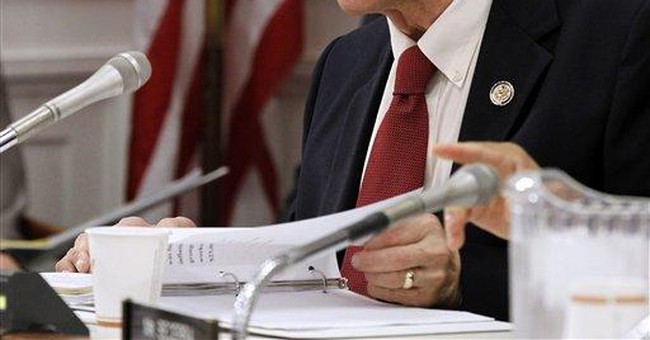 Not the first former POW to blast the Bergdahl deal, and probably not the last, either. Rep. Sam Johnson (R-TX) is a highly decorated Korea and Vietnam veteran who spent seven years in captivity in the latter country. Yesterday, he published a powerful and must-read open letter to his congressional colleagues, upbraiding the administration for brokering a deal with terrorists that, in his view, will no doubt jeopardize American lives. You should really read the whole thing; but if you’re pressed for time, here are a few notable excerpts.

The first (unquestionably) establishes his credibility as a spokesman on the subject. Read it all:

As you may know, I spent nearly seven years as a Prisoner of War (POW) in Vietnam, more than half of that time in solidary confinement in a place so desolate and isolating it could only be called Alcatraz. I served with many brave Americans. I lived through those filthy, atrocious and inhumane conditions. I know what it is like to pray to God that the enemy will kill you right then and there to end the long periods of torture and excruciating pain. Today, I humbly write this letter as a decorated combat veteran of two wars and as a sitting Member of Congress.

And the second explains why he opposes the deal, and why the exchange should never have happened in the first place:

Make no mistake, I am pleased to hear an American citizen and soldier will come home to the pure blessing of freedom and family. As a former POW, I can guarantee there’s no greater feeling. That said, the conditions under which the exchange occurred are deplorable and worrisome. We are America. We do not negotiate with terrorists. Unfortunately, our Commander-in-Chief compromised that long-held policy. A protection that has saved countless lives, made America stronger and the world a safer place. …

Our worst enemies just confirmed that President Obama’s unilateral decision, in effect, put a price on the head of each soldier, sailor, airmen, coast guardsmen and Marine serving abroad in defense of freedom. From here on out, every single American, both military and civilian, has a right to be fearful. The President failed us miserably with his ill-advised, inappropriate and immature actions. This leaves innocent Americans and our brave men and women in harm’s way to bear the consequences of such failure.

Today we learned that the White House is trying to deflect criticism onto others. But that’s not going to fly; the buck stops at the top. The White House, therefore, should stand by and defend its decisions. After all, there’s no going back now.