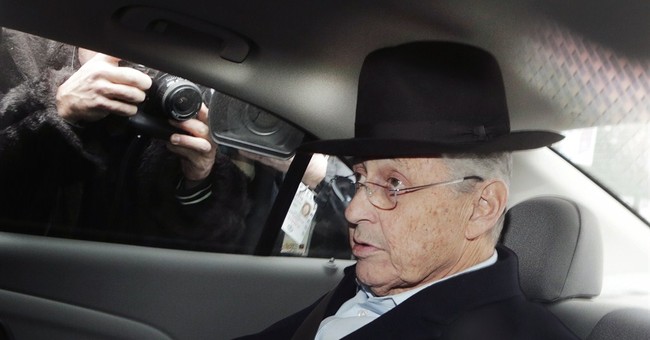 About a year ago, I wrote a piece called, “Half a Dozen Scandals for New York Democrats.” One of the notorious Democrats mentioned in the post happened to be Speaker of the State Assembly Sheldon Silver, who was accused of quietly trying to sweep a sex scandal under the rug. That was just one example of his dereliction of duty. Today, it seems Silver’s political sins have caught up to him, as he was promptly arrested in the Empire State.

Silver has been speaker in New York for more than two decades. In that lengthy amount of time, any politician is bound to get himself into some hot water. As for Silver, it comes down to his using bribes as income. The details are still being worked out, but here is the gist of the case against him:

Details of the specific charges to be brought against Mr. Silver were unclear on Wednesday night, but one of the people with knowledge of the matter said they stemmed from payments that Mr. Silver received from a small law firm that specializes in seeking reductions of New York City real estate taxes. The total amount of the payments was unclear, but another person has said they were substantial and were made over several years.

Mr. Silver failed to list the payments from the firm, Goldberg & Iryami, on his annual financial disclosure filings with the state, as required.

Interestingly, these charges against Silver did not surface until Governor Andrew Cuomo (D-NY) shut down the Moreland Commission, an ethics commission which was supposed to weed out corruption in the state. The decision to abruptly end the commission’s efforts became a bit of a stain on Cuomo’s reelection campaign and made many wonder whether the governor was trying to protect the corrupt speaker.

Whatever the case, Silver will now have to explain himself to a judge.

While New Yorkers are undoubtedly frustrated over the corruption that has now been exposed, over at Hot Air, Jazz Shaw argues that Silver’s arrest is actually good news for national politics. With the assembly speaker’s indictment, Shaw writes, it proves that powerful political dynasties can be defeated.

In light of this scandal, the New York Times editorial has called on Silver to step down. In the meantime, Silver’s arrest is welcome news, because the last thing we need is another "Boss Tweed."