Young Voices Contributors
|
Posted: May 30, 2019 12:01 AM
Share   Tweet
The opinions expressed by columnists are their own and do not necessarily represent the views of Townhall.com. 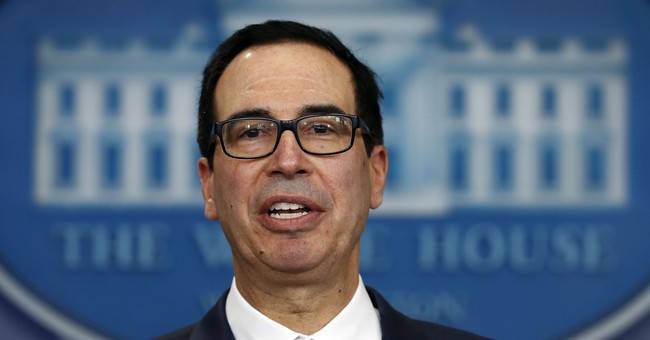 Editor's note: This column was authored by Leonard Robinson.

A few days ago, Treasury Secretary Steven Mnuchin announced that Harriet Tubman’s long-anticipated arrival on the $20 bill would be delayed. Mnuchin cited the government’s need to “strengthen counterfeit protections” as the reason for delaying the Obama-era decision, which was originally scheduled for 2020 and widely celebrated. The decision to postpone is a crying shame.

Harriet Tubman is one of the most deserving figures that could grace American currency. Conservatives should not only support but celebrate Tubman’s recognition on our currency — she was a champion of freedom and a living example of the continuation of the ideals of the Founders that all are created equal. Putting her on our bill would bring an end to a period where we’ve venerated one of our nation’s worst presidents, Andrew Jackson.

In stark contrast to Jackson’s luxurious upbringing, Harriet Tubman was born into slavery in 1822.  She grew up in Maryland, enduring countless beatings before escaping to Philadelphia in 1849 after her owner’s death. Later, she returned to rescue her family and went on to become one of the leaders of the Underground Railroad, a secret network of abolitionists which saved around 100,000 slaves by helping them escape to freedom. She also served as a spy for the Union Army and was an early leader in the women’s suffrage movement.

Former Treasury Secretary Jack Lew, who announced the monetary change in 2016, described Tubman’s life as the “essential story of American democracy.” He was right, and the Trump administration should recognize that. For conservatives, Tubman’s life is an embodiment of their ideological values. Her quest for individual freedom, personal responsibility, and opposition to tyrannical authority should make the heart of any true conservative’s heart sing.

Meanwhile, conservatives must ask themselves: “What conservative values were championed by President Andrew Jackson?”

Jackson was a short-tempered, slave-owning Tennessean famous for his role in the Indian Removal Act and the subsequent Trail of Tears. All three — owning slaves, the Indian Removal Act, and the Trail of Tears — are direct contradictions to the values espoused by modern-day conservatives, such as individual freedom and property rights. However, Jackson’s shortcomings are not limited to these issues.

Jackson, too, had a horrific record on free speech rights. Most notably, in the Charleston Mail Crisis of 1835, Jackson used the Post Office to suppress free speech rights of abolitionists. A local postmaster in South Carolina refused to distribute anti-slavery materials paid for by the Anti Slavery Society (AAS). Days later, an anti-abolitionist mob broke into the post office and burned the letters in a public gathering. In response, Jackson not only sympathized with the mob but prohibited the post office distribution of anti-slavery materials.

Additionally, as Cato Institute senior fellow Doug Bandow wrote in a recent op-ed, Jackson opposed the idea of a paper currency, and would have abhorred the idea of being on the $20 bill, anyway.

Those who are uneasy at removing Andrew Jackson from our currency are simply ignorant of Jackson’s presidency or purposefully ignoring it. The most visible opponent is President Trump himself, who has called the announcement “pure political correctness,” despite the fact that Jackson will remain on the observe side of the bill.  In a cringe-worthy move, Trump even declared Jackson to be one of his favorite presidents.

This is simply not the hill for Trump to die on. It doesn’t take much to imagine candidates such as Kamala Harris, Pete Buttigieg, and Cory Booker proudly boasting of their support for placing Harriet Tubman on the $20 dollar bill, something conservatives are remiss for opposing.

It’s not too late for the Trump administration to reverse course, and they should certainly do so. It’s time for Jackson to go. Putting Tubman on our bill is a move that ought to make us all happy.