Why American Lawmakers Should Cash in on Sports Betting

Young Voices Contributors
|
Posted: Aug 25, 2018 12:01 AM
Share   Tweet
The opinions expressed by columnists are their own and do not necessarily represent the views of Townhall.com. 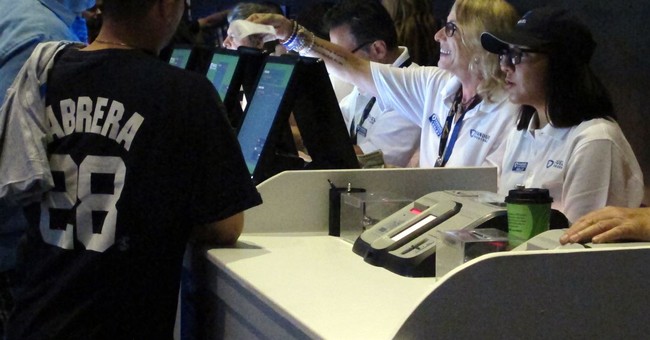 Editor's Note: This column was authored by Patrick Hauf.

Sports betting made headlines on August 8 when Buffalo Wild Wings announced it was exploring the idea of adding sports betting to its unique restaurant experience. Just one week prior, National Basketball Association (NBA) commissioner Adam Silver announced a partnership with the gambling company MGM Resorts International, making them the official gambling partner of the NBA.

These decisions came in the wake of the Supreme Court’s May ruling on Murphy v. NCAA, which struck down a federal ban on sports wagering and gave states permission to decide on the matter for themselves. As a result, Americans can now gamble on sports in Nevada, Delaware, New Jersey—and many more states to come.

While the idea of state-sanctioned sports betting may worry  some conservatives, they’d be surprised to know just how frequently it was already happening under the table. Americans bet an estimated $4.76 billion on Super Bowl 52 in February, with only three percent of that fortune gambled legally. The other 97 percent is mostly wagered using international betting applications.

Legalizing sports betting can keep that money in the U.S. economy, which would benefit casinos that are going bankrupt nationwide. In fact, regulated sports betting market could potentially add $2.9 billion to the annual profit of casinos nationwide—and that’s only the beginning of the economic benefits.

A 2017 Oxford University report found that the legalization of sports betting would contribute between $11.6 billion and $14.2 billion to U.S. gross domestic product (GDP) annually, depending on which states legalize it and their specific tax rates. Additionally, a legal sports gambling system would create 125,000 to 152,000 jobs paying between $6 billion and $7.5 billion in total wages. That’s an average salary of roughly $48,000 for a typical worker in a new sports betting industry.

With advances in online betting services and recent investments from gambling companies like MGM, the economic benefits of legalized sports betting could be even stronger than predicted.

In the United Kingdom—the world’s most open online sports gambling market—the mobile betting industry has more than doubled over the past five years, currently covering 60 percent of the country’s sports betting market.

U.S. lawmakers would do well to look to the U.K. as a blueprint for the future of sports wagering in America, where mobile betting via smartphones apps could bring an additional $9 billion worth of revenue—a well over 50 percent increase to the total sports gambling revenue, research firm Eilers & Krejcik Gaming LLC estimated.

This is because mobile betting applications make the gambling experience far more convenient to the consumer. What’s easier: making a bet for Sunday Night Football from your favorite recliner 30 minutes before kickoff or having to drive to the casino last minute?

Technological advances make sports gambling more enjoyable and more profitable. U.K. sports fans bet roughly $1.9 billion on the World Cup alone this summer. Some gambling apps even allow fans to create their own unique bet by simply tweeting an idea at the company, who then picks the odds for the wager.

The mobile betting market in the U.S. would likely become the world’s largest thanks to its powerhouse economy. MGM’s partnership with the NBA is only the start of this potentially booming industry.

So while legalized sports betting might be a loss for your bank account, it’s a huge win for U.S. GDP, tax revenue, employment, and of course—entertainment.

Patrick Hauf is a writer for Young Voices. He is an editor for Lone Conservative and his work has also appeared in The Daily Caller, the Media Research Center, and the Foundation for Economic Education.