When a President Falls Ill: A Lesson from History

William Hazelgrove
|
Posted: Sep 29, 2016 11:50 AM
Share   Tweet
The opinions expressed by columnists are their own and do not necessarily represent the views of Townhall.com. 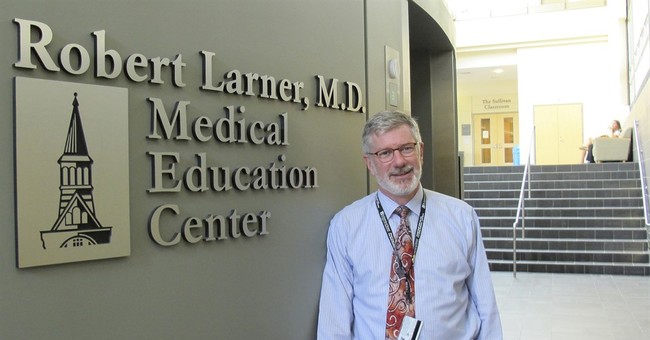 One would think there is protocol in place for when a presidential nominee falls ill, but surprisingly there is no official guideline.  In fact, until the Twenty-Fifth Amendment was passed after the Wilson presidency, there was no clear definition of what being “unable to fulfill the duties of President” meant.

With Hillary Clinton’s recent health issues, we have to consider the very real possibility that our next president might fall ill, which poses the question: “What happens next?” For that answer we must look to history, and the most obvious example is Woodrow Wilson.

President Wilson suffered a massive stroke in office in 1919. A thrombosis, or blood clot in the brain, was the official diagnosis.

Hillary Clinton received the same diagnosis when she fell and hit her head after becoming dehydrated. However, Wilson’s thrombosis happened at a time when the only treatment for high blood pressure or a stroke was complete bed rest. Unlike Hillary Clinton, Wilson had no blood thinners to keep his condition in check.

President Wilson became paralyzed on his left side. From the moment he became an invalid, Edith Wilson – his second wife of four years with a mere two years of schooling – stepped in and ran the United States from 1919 to 1921.

Even before Edith assumed power, an information blackout began. This is the first thing that happens when the commander-in-chief falls ill; the White House circles the wagons.

Edith and the president’s doctor began to play with the truth. A series of press releases claimed the president was suffering from nervous exhaustion and would soon recover.

Woodrow Wilson remained in his bed while Edith guided the United States through the post-WWI years.

It seems incredible that Americans were unaware that Wilson was severely incapacitated and his wife was running the show, but in 1919 there was no radio or television. No one except a select group of people saw President Wilson for five months. This is nearly unimaginable in a time when a president disappearing for a few days to vacation is news.

However, this has been the case throughout history.

From Edith Wilson to Eleanor Roosevelt to Nancy Reagan, first ladies have to step in when the president falls ill. They are unofficial “stewards,” a word Edith used to describe herself in her memoir in 1939. In the case of Edith Wilson, she was not merely steward; she completely assumed the role of president.  By signing legislation, delegating power, overseeing proclamations, and putting herself in the center of the League of Nations, Edith Wilson redefined our notion of the role of the first spouse.

So what will happen if Hillary Clinton or Donald Trump falls ill?

If history has anything to tell us, it seems likely that a cover-up would ensue by the chief of staff and other close advisors. It might be kept from the vice president and others on a need-to-know basis. Someone else might secretly step in, as in the case of Edith Wilson.

The handlers around the president would undoubtedly shut out the media. There would be a cover story to buy time. Then, if the illusion of the presidency could be kept intact, someone would assume the levers of power. The media would have to be fed fabrications much like Dr. Grayson did with Woodrow Wilson. Meanwhile the designated person, and not necessarily the vice president, would keep the government running.

We think that today with our ubiquitous media coverage this would be hard to pull off, but we as consumers generally believe what is put in front of us. A good cover-up could go on for months with the right amount of appearances, coupled with a steady number of media releases by those around the president.

One thing is for sure, no one wants to give up power. The story of the secret presidency of Edith Wilson is really a cautionary tale for today’s election.