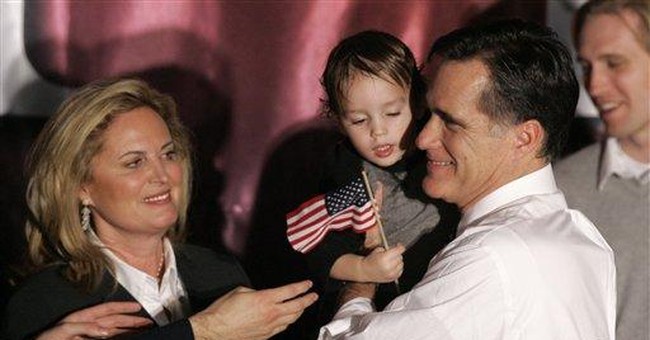 Sebastian Mallaby, a journalist for The Washington Post, writes to formulate, or rather reformulate, the complaint we are entitled to make on the matter of our primary practices. Mallaby reminds us that if three people are running for office, we can't know which of the three is the true favorite of the voters. You can't merely subtract the vote for the man who came in third and apportion it to scale as between No. 1 and No. 2, because if No. 3 had not been in the race, more of his voters might have gone for No. 2 than for No. 1. And the confusion deepens if there are more than three candidates. In Iowa, the Democrats had eight, the Republicans seven.

Most European countries don't have this problem because there is no line on the ballot for "prime minister." It is left to the majority political party to decide who shall be its leader, and except in his own district he does not face local popularity contests. The operating thesis is that unless the party puts forward a leader who is attractive to the electorate as a whole, the candidate will wear down the party's popularity, and a contending party will step in.

We have the additional problem of the advantage given to candidates who are effective in the early contests. To show up well in Iowa means much more than to win Iowa delegates. It propels the victor to a strategic eminence that can hugely affect subsequent votes. There are candidates who kill themselves to raise $5 million or $10 million to advertise their attractions to the next set of primary voters a week hence. That itself is a distracting interference in the attempt to divine the popular will.

Efforts have been made to limit the sums that can be spent in election contests. These efforts have failed, and probably should fail, inasmuch as the regulation of money spent on an election is not automatically a means of reducing extraneous factors in political appeal. The election process is a market exercise. The voter is given the choice of Clinton, Obama or Edwards, and it is left exclusively to him what weight he wishes to attach to Clinton's experience, Obama's exotic racial background or Edwards' good looks. That can't be changed, the effect of individual tastes, even if they are eccentric.

But the critics are on firm ground if they ask simply, as Mallaby does, that a primary winner should not be judged pre-eminent if he (read he/she) was competing in a race in which there were more than two candidates. Which raises concrete questions about the current scene.

Would Clinton have prevailed in New Hampshire if Obama had been her only opponent? Do not go off self-satisfied with the assumption that the problem would be solved by contriving a means of eliminating the factor of Edwards et al. That could be done by reforms mandating a runoff between the two top vote-getters, as they do in France. But that would leave unanswered the question: Are the voters in a local primary being deprived of representation consistent with their potential strength in a national contest?

One approach would grant points to primary candidates, to be added up at the end of the line. So that such as Mr. Edwards don't just get eliminated; they store up points which they can invoke at the final clearinghouse of the national convention.

Well, most of these projected reforms, whatever their theoretical appeal, simply aren't going to happen unless a demonstrable distortion should wrench from favor existing procedures. But of course our system has means of coping with, if not eliminating, crippling paradoxes. It was not so long ago, in American history, that the next candidate of the party in power was simply the person ordained by the incumbent. It was in part a recognition of the awful likelihood that Henry Wallace would be the Democratic candidate succeeding FDR that brought on the switch to Harry Truman as vice president in 1944.

We do not face such contingencies in 2008. What we do face is several more months of the kind of confusion that can frustrate the modern American voter.