Plastics Over the Bounding Main? Not Primarily the US’s Doing

William D. Balgord
|
Posted: Jan 14, 2022 12:01 AM
Share   Tweet
The opinions expressed by columnists are their own and do not necessarily represent the views of Townhall.com. 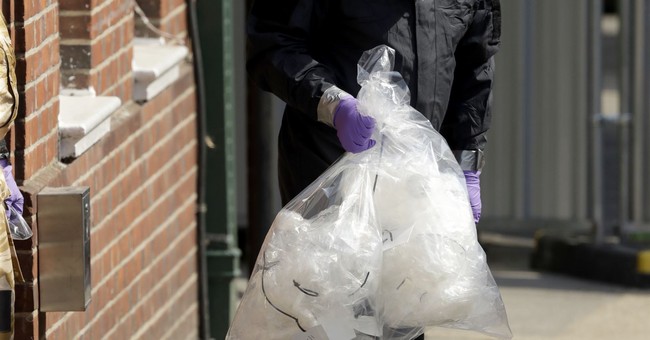 In a report just released, the National Academy of Sciences takes America to task for being the world’s biggest contributor of the plastic refuse that finds its way into to the oceans. But the claim needs closer examination.

Credible prior reporting has estimated, on a country-by-country basis, the seaward flux of packaging materials: plastic bottles, bags, eating and drinking utensils, and sundry other consumer items afloat on ocean currents. Study outcomes may vary and yield somewhat divergent results, accountable from differing methodologies reliant on the modeling assumptions used, but their overall agreement is consistent.

Neither cited study supports NAS’s contention that the United States is the primary source of the vast accumulation of plastic debris in the oceans. That distinction is reserved for several Asian nations. In today's China, India, and the Philippines there is very little emphasis on preventing plastic waste from entering the water courses that enter the sea. These are the world's leading plastics polluters with the United States coming in a distant 8th in one study and much farther down on the guilty list in the other. The U.S. contribution is believed to be less than 2% of the world total.

The ultimate destination of most of the Asian plastic in the Pacific basin, is captured by a slowly rotating "whirl-pool," a large gyre of ocean water located north of the Hawaiian Islands that covers an area questionably said to be three times larger than France.

Another so-called "garbage patch" is a found in the Atlantic Ocean below Bermuda extending hundreds of miles southeast toward the Tropic of Cancer. Historically, the "Sargasso Sea," referenced by the early Portuguese mariners as the "Horse Latitudes," is an area of ocean persistently becalmed for lack of wind. Back then, as now, it contained vast beds of kelp, a seaweed known as Sargassum.

Plastic waste arrives from the four continents that define the Atlantic Basin. Flotsam mixes in with the kelp and serves as a substrate for barnacles and other sessile marine creatures. In places they form an impenetrable mat. The waste has increased with the growth of plastic packaging materials light enough to float in sea water and be ferried over distance on prevailing currents. The currents along the periphery direct flotsam into the gyre and prevent its escape:  the Gulf Stream along the western edge, the North Atlantic Current to the north, the Canary Current, east and the North Atlantic Equatorial Counter Current to the south.

Some U.S. municipalities have recently enacted ordinances to ban plastic drinking straws with a goal of reducing plastic in the oceans. Even if a U.S. ban on plastic straws were imposed unilaterally, the studies previously referred to make clear that the United States plays only a bit part in overall plastics pollution of the oceans worldwide as compared with the named Asian nations and several countries in Africa and South America, where waste management is still in a very early stage of development. A ban self-imposed on the United States would have de minimis effect on the overall problem as popularly conceived.

One day an odd thing happened. I noticed a partially submerged plastic bag, as it moved erratically down-current in a tidal creek in Florida, veering a bit left and then right as it drifted along. I rescued the bag and inside was a very much alive large-mouth bass that somehow had managed to get itself trapped. I returned the fish to the water and disposed of the bag in a nearby receptacle.

The experience called to mind reports of sea life becoming entangled in abandoned fishing gear adrift on the Atlantic. Both fish and birds can become ensnarled in gear lost at sea. Whales and sea turtles may run afoul of abandoned netting, floats, hooks and line, to their distress.

This then raises the question:  what represents the most detrimental forms of marine plastic waste? Is it the flotsam made up of cups and drinking straws and similar items that mighy becomes resident in the Sargasso Sea? Or is it the more isolated, but potentially hazardous solid objects and webbing remaining afloat for indefinite duration that may attract and do harm to various marine life?

Certainly, a much better place to dispose of waste plastic is in a properly managed landfill. Better still, to recover the waste and concentrate it with other combustible materials to use as fuel supplement for generating electricity. And even better would be to separate waste for recycling into material suitable for consumer goods made from recovered plastic. Some popular brands of designer clothing use recycled fishing line that is re-melted, spun into yarn and used as fleece for ski-wear.

Opponents of plastic packaging, who may be motivated by an underlying antithesis toward materials derived from petroleum and natural gas, suggest substituting alternative materials such as biodegradable paper (plant fiber) for manufacture of drinking straws. Paper straws preceded the plastic variety by several generations and are often regarded as non-esthetic because they tend to become soggy and collapse even before the beverage in hand is fully consumed.

The conundrum of what to do to prevent plastic waste from finding its way offshore is vexing because a comprehensive regulatory solution lies beyond the scope of legislation within our domestic boundaries and resides overwhelmingly in the hands of individual foreign nations.

As a human society we are too quickly persuaded to follow an imprudent course of action that in retrospect may turn out to be contra-productive. We see it happen all the time in politics.

Mark Twain reputedly once referred to this uniquely human tendency:  "It’s easier to fool people than to convince them that they’ve been fooled."