Walter E. Williams
|
Posted: Nov 06, 2019 12:01 AM
Share   Tweet
The opinions expressed by columnists are their own and do not necessarily represent the views of Townhall.com. 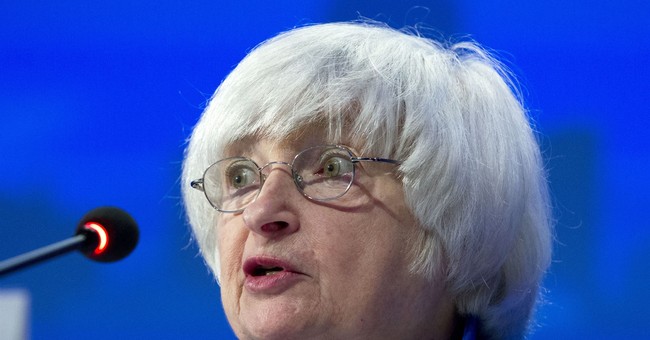 Jews have been awarded 40% of the Nobel Prizes in economics, 30% of those in medicine, 25% in physics, 20% in chemistry, 15% in literature and 10% of the Nobel Peace Prizes. Since the beginning of the 20th century, there have been just over 900 Nobel Prizes awarded. Since Jews are only 2% of the world's population, instead having 22% of Nobel Prizes, 206, they should have won only two, according to the proportionality vision of justice. There's an even greater domestic violation of the proportionality vision. Jews are less than 3% of the U.S. population but 35% of American Nobel Prize winners. Several questions come to mind. Does the disproportionately high number of Jewish winners explain why there are so few black or Hispanic Nobel Prize winners? Who's to blame for ethnic disproportionality among Nobel Prize winners, and what can be done to promote social justice?

Proportionality injustice doesn't end with the Nobel Prize. Blacks are about 13% of the U.S. population but close to 70% of the players in the National Football League. Blacks are greatly overrepresented among star players and highly paid players. While the disproportionality injustice runs in favor of black players in general, they are all but nonexistent among the league's field goal kickers and punters. Perhaps the only reason why football team owners are not charged with hiring discrimination is that the same people who hire quarterbacks and running backs also hire field goal kickers and punters. Proportionality and diversity injustice is worse in the National Basketball Association, with blacks being over 80% of the players. Plus, it's not uncommon to watch college basketball games and see that 90 to 100% of the starting five players are black.

Most readers know that I teach economics at George Mason University and have done so for nearly 40 years. However, that doesn't mean the field of economics doesn't have its problems. Many see economics as neither a welcoming nor a supportive profession for women or blacks. Former Federal Reserve Board Chair Janet Yellen, in addressing a Brookings Institution audience said: "Within the economics profession, women and minorities are significantly underrepresented. And data compiled by the American Economic Association's Committees on the Status of Women in the Economics Profession and the Status of Minority Groups in the profession show that there has been little or no progress in recent decades. Women today make up only about 30 percent of Ph.D. students. Within academia, their representation drops the higher up one goes in the career ladder. The share of Ph.D.s awarded to African Americans is low; and it has declined slightly in recent decades." Yellen says that diversity in economics is a matter of "basic justice."

Had I been in the audience, I would have asked Yellen whether there's basic justice in the nursing field, where less than 10% of nurses are men. What about the gross lack of proportionality in incarceration? According to 2015 figures released by the Bureau of Justice Statistics, the overall U.S. prison and jail population is 90.6% male and 9.4% female. The only way that I see to remedy such a gross disproportionality injustice is to either incarcerate more female prisoners or release male prisoners.

Back to Janet Yellen: It is pathetic and professionally incompetent that she can ignore decades of research -- some of it by female researchers -- that shoots down the idea that disparities prove discrimination. Moreover, if one carries the notion that disparities prove discrimination far enough, they'd look like true fools. According to a study conducted by Bond University in Australia, sharks are nine times likelier to attack and kill men than they are women. Despite the fact that men are 50% of the population, and so are women, men are struck by lightning six times as often as women. Of those killed by lightning, 82% are men. One can only wonder what social justice warriors would do about these and many other disproportionalities.