Liberty Is Not for Wimps

Walter E. Williams
|
Posted: Mar 15, 2017 12:01 AM
Share   Tweet
The opinions expressed by columnists are their own and do not necessarily represent the views of Townhall.com. 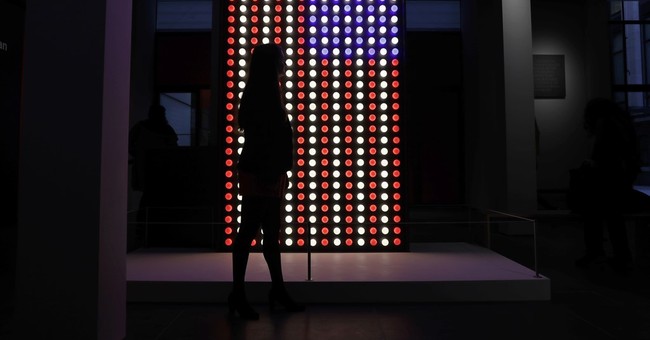 Most Americans, whether liberal or conservative, Democratic or Republican, do not show much understanding or respect for the principles of personal liberty. We criticize our political leaders, but we must recognize that their behavior simply reflects the values of people who elected them to office. That means we are all to blame for greater governmental control over our lives and a decline in personal liberty. Let me outline some fundamental principles of liberty.

My initial premise is that each of us owns himself. I am my private property, and you are yours. If we accept the notion of self-ownership, then certain acts can be deemed moral or immoral. Murder, rape and theft are immoral because those acts violate private property. Most Americans accept that murder and rape are immoral, but we are ambivalent about theft. Theft can be defined as taking the rightful property of one American and giving it to another, to whom it does not belong. It is also theft to forcibly use one person to serve the purposes of another.

At least two-thirds of federal spending can be described as Congress' taking the rightful property of one American and giving it to another American, to whom it does not belong. So-called mandatory spending totaled $2.45 trillion in 2015. Thus, two-thirds of the federal budget goes toward Medicaid, Medicare, Social Security, food assistance, unemployment and other programs and benefits that fall into the category of taking from some and giving to others. To condemn legalized theft is not an argument against taxes to finance the constitutionally mandated functions of the federal government; we are all obligated to pay our share of those.

Many say that government spending guarantees one right or another. That's nonsense. True rights exist simultaneously among people. That means the exercise of a right by one person does not impose an obligation on another. In other words, my rights to speech and travel impose no obligations on another except those of noninterference. For Congress to guarantee a right to health care, food assistance or any other good or service whether a person can afford it or not does diminish someone else's rights -- namely, their right to their earnings. Congress has no resources of its very own. If Congress gives one person something that he did not earn, it necessarily requires that Congress deprive somebody else of something that he did earn.

Another area in which there is contempt for liberty, most notably on many college campuses, is free speech. The true test of one's commitment to free speech does not come when he permits others to say things with which he agrees. Instead, the true test comes when one permits others to say things with which he disagrees. Colleges lead the nation in attacks on free speech. Some surveys report that over 50 percent of college students want restrictions on speech they find offensive. Many colleges have complied with their wishes through campus speech codes.

A very difficult liberty pill for many Americans to swallow is freedom of association. As with free speech, the true test for one's commitment to freedom of association does not come when one permits people to voluntarily associate in ways that he deems acceptable. The true test is when he permits people to associate in ways he deems offensive. If a golf club, fraternity or restaurant were not to admit me because I'm a black person, I would find it offensive, but it's every organization's right to associate freely. On the other hand, a public library, public utility or public university does not have a right to refuse me service, because I am a taxpayer.

The bottom line is that it takes a bold person to be for personal liberty, because you have to be able to cope with people saying things and engaging in voluntary acts that you deem offensive. Liberty is not for wimps.