Walter E. Williams
|
Posted: Mar 08, 2017 12:01 AM
Share   Tweet
The opinions expressed by columnists are their own and do not necessarily represent the views of Townhall.com. 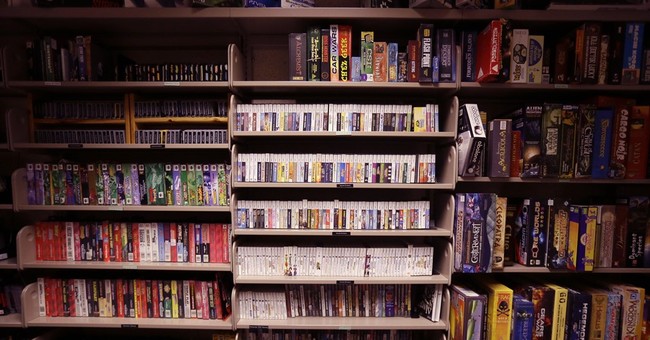 While college administrators and professors accept disgraceful behavior, we as taxpayers, donors and parents should not foot the bill. Let's look at some of that behavior.

A University of Washington Tacoma Writing Center press release told students that expecting Americans to use proper grammar perpetuates racism. The University of Nebraska Omaha will host a workshop for "anti-racist allies" to develop "action plans" that confront America's "foundation of systemic oppression" in the context of "the current political climate." The workshop was inspired by professor Tammie Kennedy's recent book, titled "Rhetorics of Whiteness." She will lead a discussion on "taking action against white supremacy."

Black students at the University of Michigan demand campus officials provide them with "a permanent designated space on central campus for Black students and students of color to organize and do social justice work."

Bob Lange is an associate professor emeritus of physics and an adjunct associate professor at Brandeis University's Heller School for Social Policy and Management. He says, "It is not terrorism to kill representatives of a government that you are opposed to." His remarks were reported by Canary Mission, a group of students who document people and groups who are promoting hatred of the USA, Israel and the Jewish people, particularly on American college campuses. It reports that Lange maintained that the 2012 terrorist attacks on the American diplomatic compound in Benghazi, Libya -- which killed four people and injured 10 others -- were "not terrorism."

Orange Coast College suspended Caleb O'Neil for violating an obscure school policy against recording classroom lectures. It's what he recorded that was disturbing to the college administration. He recorded a human sexuality professor, Olga Perez Stable Cox, spending class time telling her students that Donald Trump's election was an "act of terrorism" because he is a "white supremacist" and Vice President Mike Pence "is one of the most anti-gay humans in this country." Additionally, the professor asked all of the Trump supporters in the classroom to stand up and be accounted for. In a relatively rare incidence of the education establishment's doing the right thing, the Coast Community College District's board of trustees overrode the college president and rescinded O'Neil's suspension and other sanctions. What the board did not do was to sanction Cox for being a thug and bullying her students.

By the way, I've taught graduate and undergraduate economic theory for 36 years at George Mason University. At the beginning of each semester, I invite students to record my lectures. I have no idea who has listened to the lectures or where the recordings wind up. But I challenge anyone to find a lecture in which I proselytized students to my political or personal values. While professorial proselytization is accepted at most universities, I believe that to use one's classroom to push one's personal beliefs, particularly on immature students, is both immoral and academic dishonesty.

What's going on at the nation's colleges represents a threat to both liberty and academic excellence. It is a gross dereliction of duty for legislators, donors and decent Americans to allow it to continue.