Clinton and Sanders and Progressivism

Walter E. Williams
|
Posted: Feb 17, 2016 12:01 AM
Share   Tweet
The opinions expressed by columnists are their own and do not necessarily represent the views of Townhall.com. 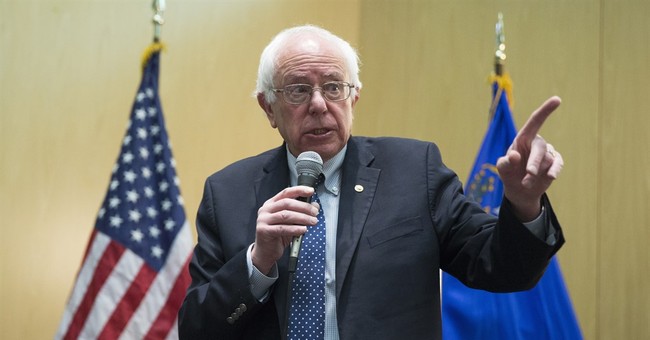 The Progressive Era is generally seen as the period from 1890 to 1920. President Woodrow Wilson, a leading progressive, had a deep contempt for the founding principles of our nation. Progress for Wilson was to get "beyond the Declaration of Independence," because "it is of no consequence to us." President Wilson implored that "all that progressives ask or desire is permission -- in an era when 'development,' 'evolution,' is the scientific word -- to interpret the Constitution according to the Darwinian principle; all they ask is recognition of the fact that a nation is a living thing and not a machine."

President Woodrow Wilson was a believer in notions of racial superiority and inferiority. He was so enthralled with D.W. Griffith's "Birth of a Nation" movie, which glorified the Ku Klux Klan, that he invited various dignitaries to the White House to view it with him. During one private screening, President Wilson exclaimed: "It's like writing history with lightning. And my only regret is that it is all so terribly true." When President Wilson introduced racial segregation to the civil service, the NAACP and the National Independent Political League protested. Wilson vigorously defended it, arguing that segregation was in the interest of Negroes. Booker T. Washington wrote during Wilson's first term, "I have never seen the colored people so discouraged and bitter as they are at the present time."

President Woodrow Wilson's predecessor, Theodore Roosevelt, was another progressive captivated by the notions of racial inferiority. He opposed voting rights for black Americans, which were guaranteed by the 15th Amendment, on the grounds that the black race was still in its adolescence. Theodore Roosevelt said that "race suicide," a term coined by sociologist and eugenicist Edward Ross, was the "greatest problem of civilization." "The theory that races are virtually equal in capacity," wrote Ross in the journal of the American Sociological Society, "leads to such monumental follies as lining the valleys of the South with the bones of half a million picked whites in order to improve the conditions of four million unpicked blacks."

The Progressive era gave birth to the "separate but equal" doctrine that emerged from the Supreme Court's notorious 1896 decision in Plessy v. Ferguson, a case that symbolized Jim Crow racism. Progressives were also people who attacked free-market economics. Along with muckraking journalists they attacked capitalistic barons. They were advocates of what might be called "scientific racism" that drew from anthropology, biology, psychology, sociology, eugenics and medical science. Popular books during the Progressive era included Charles Carroll's "The Negro a Beast" and R.W. Shufeldt's "The Negro, a Menace to American Civilization." A best-seller was Madison Grant's "The Passing of the Great Race," where he argued that inferior races were out-breeding their betters, leading to race suicide. Economist John R. Commons regarded blacks as immutably inferior therefore justifying slavery.

Legal scholar Richard Epstein concludes that progressivism sought to grant the state vast new authority to manage all walks of American life while at the same time weakening traditional checks on government power, including private property rights and liberty of contract, two principles that progressives hold in contempt. Epstein notes, "The sad but simple truth is that the Jim Crow resegregation of America depended on a conception of constitutional law that gave property rights short shrift, and showed broad deference to state action under the police power."

It is clear that today's progressives have the same constitutional contempt as their predecessors. I hope they do not share the racial vision. Black voters ought to demand, at a minimum, that progressives disavow their ugly racist past. They should re-label themselves to something other than progressives, maybe compassionate totalitarians.