Blacks and the Confederacy

Walter E. Williams
|
Posted: Jan 20, 2016 12:01 AM
Share   Tweet
The opinions expressed by columnists are their own and do not necessarily represent the views of Townhall.com. 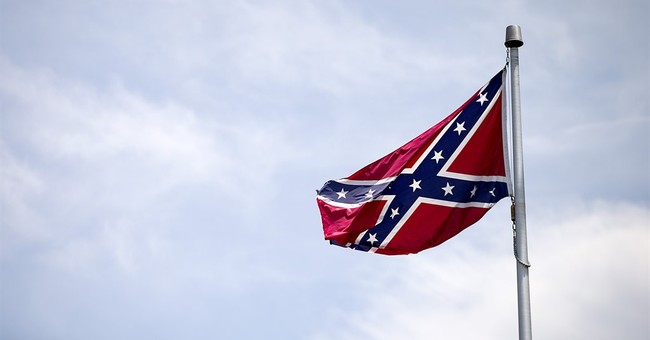 Trending
Last July, Anthony Hervey, an outspoken black advocate for the Confederate flag, was killed in a car crash. Arlene Barnum, a surviving passenger in the vehicle, told authorities and the media that they had been forced off the road by a carload of "angry young black men" after Hervey, while wearing his Confederate kepi, stopped at a convenience store en route to his home in Oxford, Mississippi. His death was in no small part caused by the gross level of ignorance, organized deceit and anger about the War of 1861. Much of the ignorance stems from the fact that most Americans believe the war was initiated to free slaves, when in truth, freeing slaves was little more than an afterthought. I want to lay out a few quotations and ask what you make of them.

During the "Civil War," ex-slave Frederick Douglass observed, "There are at the present moment many colored men in the Confederate army doing duty not only as cooks, servants and laborers, but as real soldiers, having muskets on their shoulders, and bullets in their pockets, ready to shoot down loyal troops, and do all that soldiers may to destroy the Federal Government and build up that of the traitors and rebels" (Douglass' Monthly, September 1861).

"For more than two years, negroes had been extensively employed in belligerent operations by the Confederacy. They had been embodied and drilled as Rebel soldiers, and had paraded with White troops at a time when this would not have been tolerated in the armies of the Union." (Horace Greeley, in his book, "The American Conflict").

"Over 3,000 negroes must be included in this number (of Confederate troops). These were clad in all kinds of uniforms, not only in cast-off or captured United States uniforms, but in coats with Southern buttons, State buttons, etc. These were shabby, but not shabbier or seedier than those worn by white men in rebel ranks. Most of the negroes had arms, rifles, muskets, sabres, bowie-knives, dirks, etc. They were supplied, in many instances, with knapsacks, haversacks, canteens, etc., and were manifestly an integral portion of the Southern Confederacy Army. They were seen riding on horses and mules, driving wagons, riding on caissons, in ambulances, with the staff of Generals, and promiscuously mixed up with all the rebel horde" (report by Dr. Lewis H. Steiner, chief inspector of the U.S. Sanitary Commission).

In April 1861, a Petersburg, Virginia, newspaper proposed "three cheers for the patriotic free Negroes of Lynchburg" after 70 blacks offered "to act in whatever capacity" had been "assigned to them" in defense of Virginia.

Those are but a few examples of the important role that blacks served as soldiers, freemen and slaves on the side of the Confederacy. The flap over the Confederate flag is not quite so simple as the nation's race "experts" make it. They want us to believe the flag is a symbol of racism. Yes, racists have used the Confederate flag as their symbol, but racists have also marched behind the U.S. flag and have used the Bible. Would anyone suggest banning the U.S. flag from state buildings and references to the Bible?

Black civil rights activists, their white liberal supporters and historically ignorant Americans who attack the Confederate flag have committed a deep, despicable dishonor to our patriotic Southern black ancestors who marched, fought and died not to protect slavery but to protect their homeland from Northern aggression. They don't deserve the dishonor. Dr. Leonard Haynes, a black professor at Southern University, stated, "When you eliminate the black Confederate soldier, you've eliminated the history of the South."