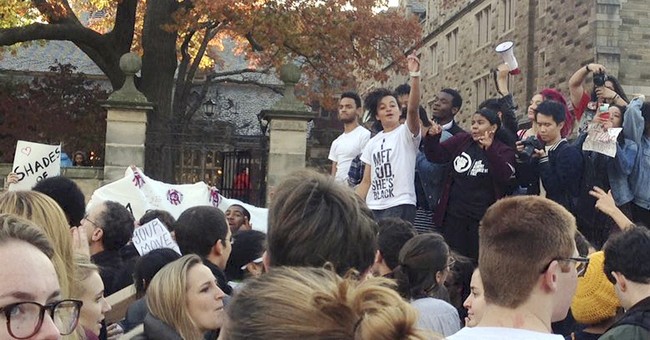 Recent events at the University of Missouri, Yale University and some other colleges demonstrate an ongoing ignorance and/or contempt for the principles of free speech. So let's examine some of those principles by asking: What is the true test of one's commitment to free speech?

No doubt a campus pseudo-intellectual, particularly in a law school, will chime in suggesting that free speech is not absolute, bringing up the canard that you can't shout "fire" in a crowded theater. Shouting "fire" in a crowded theater is not a free speech issue. A person who shouts "fire" violates the implied contract that theatergoers have to watch a performance undisturbed. Of course, if all patrons were informed when they purchased tickets that someone would falsely shout "fire" during the performance, there would be little problem.

Then there is speech called defamation, which is defined as the action of making a false spoken or written statement damaging to a person's reputation. Defamation is criminalized, but should it be? That question might be best answered by asking: Does your reputation belong to you? In other words, are the thoughts that other people have about you your property?

Permitting discriminatory association practices in publicly owned facilities -- such as libraries, parks and beaches -- should not be permitted. That is because they are taxpayer-financed and everyone should have a right to equal access. But denying freedom of association in private clubs, private businesses and private schools violates people's right to freely associate.

Christian Americans have been prosecuted for their refusal to cater same-sex weddings. Those who support such attacks might ask themselves whether they would also seek prosecution of an owner of a Jewish delicatessen who refused to provide services for a neo-Nazi affair. Should a black catering company be forced to cater a Ku Klux Klan affair? Should the NAACP be forced to open its membership to racist skinheads? Should the Congressional Black Caucus be forced to open its membership to white members of Congress?

It is worthwhile noting that there is a difference between what people are free to do and what they will find it in their interest to do. For example, a basketball team owner may be free to refuse to hire black players, but would he find it in his interest to do so?