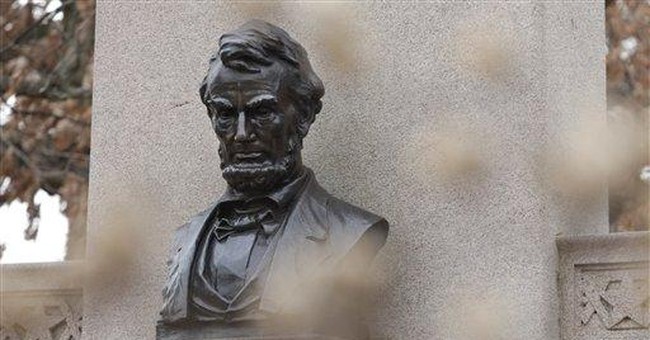 One tragedy of war is that its victors write its history and often do so with bias and dishonesty. That's true about our War of 1861, erroneously called a civil war. Civil wars, by the way, are when two or more parties attempt to take over the central government. Jefferson Davis no more wanted to take over Washington, D.C., than George Washington, in 1776, wanted to take over London. Both wars were wars of independence.

Kevin Sieff, staff writer for The Washington Post, penned an article "Virginia 4th-grade textbook criticized over claims on black Confederate soldiers," (Oct. 20, 2010). The textbook says that blacks fought on the side of the Confederacy. Sieff claims that "Scholars are nearly unanimous in calling these accounts of black Confederate soldiers a misrepresentation of history." William & Mary historian Carol Sheriff said, "It is disconcerting that the next generation is being taught history based on an unfounded claim instead of accepted scholarship." Let's examine that accepted scholarship.

In April 1861, a Petersburg, Va., newspaper proposed "three cheers for the patriotic free Negroes of Lynchburg" after 70 blacks offered "to act in whatever capacity may be assigned to them" in defense of Virginia. Ex-slave Frederick Douglass observed, "There are at the present moment, many colored men in the Confederate Army doing duty not only as cooks, servants and laborers, but as real soldiers, having muskets on their shoulders and bullets in their pockets, ready to shoot down ... and do all that soldiers may do to destroy the Federal government."

Charles H. Wesley, a distinguished black historian who lived from 1891 to 1987, wrote "The Employment of Negroes as Soldiers in the Confederate Army," in the Journal of Negro History (1919). He says, "Seventy free blacks enlisted in the Confederate Army in Lynchburg, Virginia. Sixteen companies (1,600) of free men of color marched through Augusta, Georgia on their way to fight in Virginia."

Wesley cites Horace Greeley's "American Conflict" (1866) saying, "For more than two years, Negroes had been extensively employed in belligerent operations by the Confederacy. They had been embodied and drilled as rebel soldiers and had paraded with white troops at a time when this would not have been tolerated in the armies of the Union."

Wesley goes on to say, "An observer in Charleston at the outbreak of the war noted the preparation for war, and called particular attention to the thousand Negroes who, so far from inclining to insurrections, were grinning from ear to ear at the prospect of shooting the Yankees."

One would have to be stupid to think that blacks were fighting in order to preserve slavery. What's untaught in most history classes is that it is relatively recent that we Americans think of ourselves as citizens of United States. For most of our history, we thought of ourselves as citizens of Virginia, citizens of New York and citizens of whatever state in which we resided. Wesley says, "To the majority of the Negroes, as to all the South, the invading armies of the Union seemed to be ruthlessly attacking independent States, invading the beloved homeland and trampling upon all that these men held dear." Blacks have fought in all of our wars both before and after slavery, in hopes of better treatment afterwards.

Denying the role, and thereby cheapening the memory, of the Confederacy's slaves and freemen who fought in a failed war of independence is part of the agenda to cover up Abraham Lincoln's unconstitutional acts to prevent Southern secession. Did states have a right to secede? At the 1787 Constitutional Convention, James Madison rejected a proposal that would allow the federal government to suppress a seceding state. He said, "A Union of the States containing such an ingredient seemed to provide for its own destruction. The use of force against a State would look more like a declaration of war than an infliction of punishment and would probably be considered by the party attacked as a dissolution of all previous compacts by which it might be bound."