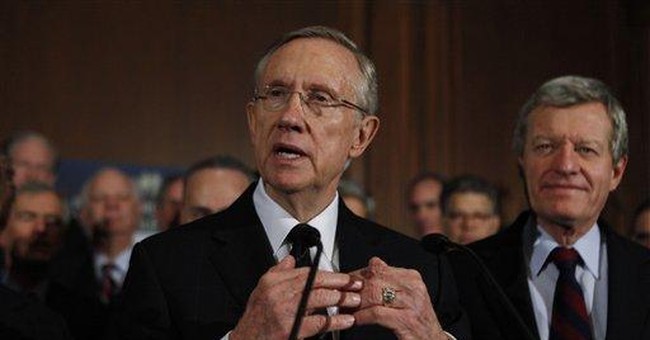 Sen. John Rockefeller, D-W.Va., chairman of the Senate Finance Subcommittee on Health Care, and Rep. Joe Courtney D-Conn., a member of the House Education and Labor Committee, have introduced the Pre-existing Condition Patient Protection Act, which would eliminate pre-existing condition exclusions in all insurance markets. That's an Obama administration priority. I wonder whether President Obama and his congressional supporters would go a step further and protect not just patients but everyone against pre-existing condition exclusions by insurance companies. Let's look at the benefits of such a law.

Insurance companies don't stay in business and prosper by being stupid. If Congress were to enact a law eliminating pre-existing condition exclusions, what might be expected? Say I'm a salesman for Nationwide and you demand that I write you an insurance policy for your house that has already gone up in flames. I send an appraiser out to your house to get an estimate how much money it would take to make you whole. Let's say it comes to $400,000. Guess how much I'm going to charge you for the policy? If you said somewhere in the neighborhood of $400,000, you'd be pretty close to the right answer. You might say, "Williams, you're right. Forcing fire and auto insurance companies to sell policies for a pre-existing fire or auto accident is bizarre and stupid, but it's different with health insurance." Yes, health insurance is different from fire and auto insurance but the insurance principle remains the same.

If Congress and the president are successful in making the Pre-existing Condition Patient Protection Act the law of the land, their treachery won't stop there. Insurance companies will attempt to charge people with pre-existing health conditions a higher price to compensate for their higher expected cost. Those people will complain to Congress. Then Congress will enact insurance premium price controls. Insurance companies might try to restrict just what treatments they will cover under such restrictions. That means Congress will play a greater role in managing what insurance companies can and cannot do.

The dilemma Congress always faces, when it messes with the economy, was aptly described in a Negro spiritual play by Marcus Cook Connelly titled "Green Pastures." In it, God laments to the angel Gabriel, "Every time Ah passes a miracle, Ah has to pass fo' or five mo' to ketch up wid it," adding, "Even bein God ain't no bed of roses." When Congress creates a miracle for one American, it creates a non-miracle for another. After that, Congress has to create a compensatory miracle. Many years ago, I used to testify before Congress, something I refuse to do now. At several of the hearings, I urged Congress to get out of the miracle business and leave miracle making up to God.

For a president and congressman to shamelessly propose something like the Pre-existing Condition Patient Protection Act demonstrates just how far we've gone down the road to perdition. The most tragic thing is that most Americans have no idea that such an act violates every principle of insurance and it's something that not even yesteryear's lunatics would have thought up.