Why Trump Should Consider a Post-Twitter Presidency

Victor Davis Hanson
|
Posted: Dec 14, 2017 12:01 AM
Share   Tweet
The opinions expressed by columnists are their own and do not necessarily represent the views of Townhall.com. 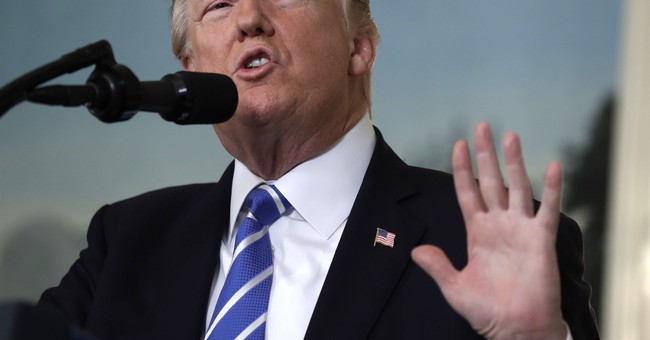 He did not tweet his way out of the Republican nomination. Spontaneous social media messaging did not lose Trump the general election race with Hillary Clinton. Nor has Trump tweeted his presidency into oblivion.

Instead, Trump's tweets have not just bypassed the mostly progressive media but sent it into a tizzy. In near-suicidal fashion, networks such as CNN have melted down in hatred of Trump, goaded on by Trump's Twitter digs.

Trump has often bragged that having a large following on social media -- he has more than 44 million Twitter followers and connects with millions more via Facebook and Instagram -- is "like having your own newspaper."

He has a point.

While the media goes ballistic over Trump's inflammatory Twitter attacks on "fake news," the vast majority of Trump's electronic messaging simply reports on his daily activities and various agendas.

Trump has created a Twitter empire with a reach that far exceeds the combined subscriber base of the New York Times and Washington Post, and he has vastly expanded on Barack Obama's use of a presidential Twitter feed to connect with voters.

Almost all of the people who have climbed into the Twitter ring with Trump -- from Hillary Clinton to the take-a-knee millionaire National Football League players -- have come out on the losing end.

Trump has proven far better than seasoned journalists and ego-driven celebrities at creating go-for-the-jugular putdowns of 240 characters or less.

Trump's stream-of-conscious Twitter observations have sometimes proved eerily prescient. He tweeted warnings about the dangers of illegal immigration shortly before the tragic murder of Kate Steinle by an undocumented immigrant with a lengthy criminal record. Soon after Trump retweeted incendiary and controversial videos about radical Islamic violence, earning him condemnation from British Prime Minister Theresa May, it was announced that two men had been arrested in London for plotting a terrorist attack and assassination -- of none other than May herself.

Why, then, should Trump ever consider pruning back his controversial tweets or confining them to the reportage of his daily achievements, in the manner of every other mostly boring politician?

Because personal dueling with journalists, celebrities and politicians is not only becoming superfluous, but it is now distracting Trump's audiences from a growing record of achievement.

Nine months ago, critics left and right were writing off Trump as an irrelevant buffoon without a clue of what to do in the White House. They predicted perennial sloth and inaction.

Republican politicians once grumbled about the utopian Paris climate accord but never thought of doing much about it. Trump, like him or hate him, summarily withdrew America from the agreement -- and shrugged off the ensuing green outrage.

Members of Congress occasionally expressed support for the recognition of Jerusalem as the capital of Israel -- but on the expectation that no barnstorming candidate would ever dare to officially recognize Jerusalem as such if elected president.

Prior to 2017, conventional economic wisdom dictated that the Dow Jones industrial average would not soon climb above 22,000, that the unemployment rate in peacetime could not fall to 4 percent, and that the GDP could not grow at an annual rate of 3 percent. All those shibboleths have either been blown up or may yet be blown up in 2018.

Trump is no longer written off by the left as a sleepy dud. Instead, he suddenly is being redefined by many of his progressive enemies as a dangerous workaholic and right-wing revolutionary.

Never-Trump Republicans no longer insist that Trump is a liberal Manhattan wolf in conservative sheep's clothing. Grudgingly, they now confess that he is ramming through a conservative agenda not seen since the days of their heartthrob, Ronald Reagan.

In other words, Trump's record speaks louder than his tweets and now transcends his electronic spats.

So why should Trump still care what a minor journalist tweets about him to get much-needed attention? Why does the president need to keep pounding increasingly irrelevant former FBI Director James Comey, who has been reduced to tweeting anti-Trump slogans?

Trump's record has now transcended his Twitter ankle-biters, who have become ever shriller in seeking attention in the form of a Trump electronic counter-putdown.

In sum, Trump has outgrown the Twitter wars. He should now just declare victory, retire as Twitter champ, hang up his tweeting gloves and leave the slap-down ring for others.