Don't Know Much About Geography 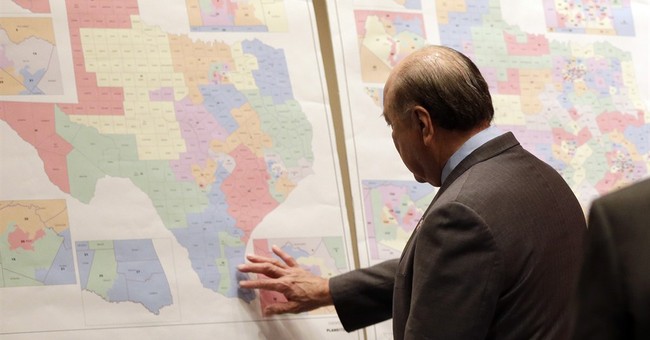 Over a half-century after Cooke wrote that lighthearted song, such ignorance is now all too real. Even our best and brightest -- or rather our elites especially -- are not too familiar with history or geography.

Both disciplines are the building blocks of learning. Without awareness of natural and human geography, we are reduced to a sort of self-contained void without accurate awareness of the space around us. An ignorance of history also creates the same sort of self-imposed exile, leaving us ignorant of both what came before us and what is likely to follow.

In the case of geography, Harvard Law School graduate Barack Obama recently lectured that, "If we don't deepen our ports all along the Gulf -- places like Charleston, South Carolina; or Savannah, Georgia; or Jacksonville, Florida ..." The problem is that all the examples he cited are cities on the East Coast, not the Gulf of Mexico. If Obama does not know where these ports are, how can he deepen them?

Obama's geographical confusion has become habitual. He once claimed that he had been to all "57 states." He also assumed that Kentucky was closer to Arkansas than it was to his adjacent home state of Illinois.

In reference to the Falkland Islands, President Obama called them the Maldives -- islands southwest of India -- apparently in a botched effort to use the Argentine-preferred Malvinas. The two island groups may sound somewhat alike, but they are continents apart. Again, without basic geographical knowledge, the president's commentary on the Falklands is rendered superficial.

When in the state of Hawaii, Obama announced that he was in "Asia." He lamented that the U.S. Army's Arabic-language translators assigned to Iraq could better be used in Afghanistan, failing to recognize that Arabic isn't the language of Afghanistan. And for that matter, he apparently thought Austrians speak a language other than German.

The president's geographical illiteracy is a symptom of the nation's growing ignorance of once-essential subjects like geography and history. The former is often not taught any more as a required subject in our schools and colleges. The latter has often been redefined as race, class and gender oppression to score melodramatic points in the present rather than to learn from the tragedy of the past.

The president in his 2009 Cairo speech credited the European Renaissance and Enlightenment to Islam's "light of learning" -- an exaggeration if not an outright untruth on both counts.

Closer to home, the president claimed in 2011 that the Texas had historically been Republican -- while in reality it was a mostly Jim Crow Democratic state for over a century. Republicans only started consistently carrying Texas after 1980.

Recently, Obama claimed that 20th century communist strongman Ho Chi Minh "was actually inspired by the U.S. Declaration of Independence and Constitution, and the words of Thomas Jefferson." That pop assertion is improbable, given that Ho systematically liquidated his opponents, slaughtered thousands in land-redistribution schemes, and brooked no dissent.

Even more ahistorical was Vice President Joe Biden's suggestion that George W. Bush should have gone on television in 2008 to address the nation as President Roosevelt had done in 1929 -- a time when there was neither a President Roosevelt nor televisions available for purchase. In 2011, a White House press kit confused Wyoming with Colorado -- apparently because they're both rectangular-shaped states out West.

Our geographically and historically challenged leaders are emblematic of disturbing trends in American education that include a similar erosion in grammar, English composition and basic math skills.

The controversial Lois Lerner, a senior official at the IRS -- an agency whose stock and trade are numbers -- claimed that she was "not good at math" when she admitted that she did not know that one-fourth of 300 is 75.

In the zero-sum game of the education curriculum, each newly added therapeutic discipline eliminated an old classical one. The result is that if Americans emote more and have more politically correct thoughts on the environment, race, class and gender, they are less able to advance their beliefs through fact-based knowledge.

A degree from our most prestigious American university is no guarantee that such a graduate will know the number of states or the location of Savannah. If we wonder why the Ivy League-trained Obama seems confused about where cities, countries and continents are, we might remember that all but one Ivy League university eliminated their geography departments years ago.

As a rule now, when our leaders allude to a place or an event in the past, just assume their references are dead wrong.