The DOJ Shouldn't Reignite the Fight Against Intrastate Gambling

Veronique de Rugy
|
Posted: Jan 10, 2019 12:01 AM
Share   Tweet
The opinions expressed by columnists are their own and do not necessarily represent the views of Townhall.com. 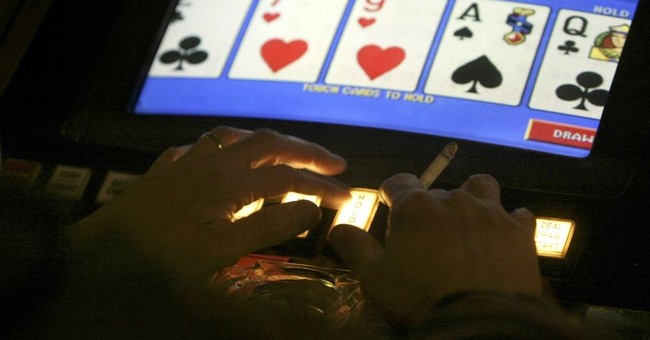 The government has been shut down for over two weeks and is on track to become the longest shutdown in U.S. history. As for how long the current standoff between the Trump administration and the Democratic congress is going to last, your guess is as good as mine. It's a gamble for both sides. That makes it the perfect time to write a column about gambling.

As I have mentioned in previous columns, it's been reported that the Department of Justice is drafting an opinion to reverse a 2011 finding from the Office of Legal Counsel that paved the way for states to regulate online gambling as they see fit. Such a move would not just be a blow to states like Nevada, New Jersey, Delaware and Pennsylvania that have already legalized online gambling, as well as the many others considering such action; it would also go against basic federalist principles.

To briefly provide some background, in 2011 the DOJ responded to inquiries from states with an opinion that finally acknowledged that the Wire Act, which targets "bets or wagers on any sporting event or contest" through "transmission in interstate or foreign commerce," does not prohibit strictly in-state, non-sports-related gambling like online poker.

The only reason this is at all controversial is because the DOJ previously pretended the Wire Act says something it doesn't. For 50 years, the 1961 federal Wire Act was interpreted to mean prohibiting all forms of interstate gambling. This never made much sense since the statute expressly addresses "bets or wagers on any sporting event or contest." So in 2011, the DOJ looked into the question again and concluded that the act is, in fact, "limited only to sports betting," which logically excludes lotteries and card games.

There are a lot of bad arguments used to prevent the spread of legal online gambling, which mostly consists of poker. The biggest of these is the moral argument, which is basically that gambling is bad and, therefore, nobody should be allowed to do it. But in a free society, the real moral outrage is those who would prevent individuals from freely engaging in activity that does not violate the rights of anyone else.

Opponents of online gambling, like those heavily funded by brick-and-mortar casino owner Sheldon Adelson, have also sought to portray the 2011 ruling as a kind of executive overreach. But not only are they wrong as a matter of policy -- our system is designed to allow states to decide such questions for themselves -- but the facts are also simply not on their side.

Research into a history of the Wire Act by Michelle Minton, a senior fellow at the Competitive Enterprise Institute, conclusively shows that the act was never intended to limit states from regulating gaming that occurs entirely within their borders. Nor would doing so be consistent with the principles of federalism and dual sovereignty between states and the federal government.

Some Republicans, eager to strike a blow to the competitors of a billionaire donor, have pushed legislation to do what the original Wire Act did not do -- prohibit states from regulating online gambling among their citizens as they see fit. Thankfully, their attempts at cronyism have thus far failed. They have now put their hope in the Trump administration to rewrite the rules on its own and undertake exactly the sort of executive power grab that they falsely claim happened in 2011.

Some people just don't like gambling. That's fine. They are free to not participate, or if it bothers them enough, they can elect to live in one of the many states where it is still prohibited -- though with online gaming, even the typical NIMBY ("not in my backyard") complaints make no sense, since there's no casino that can be claimed as attracting the wrong sorts to an area.

What they should not be allowed to do is try to dictate the behavior of everyone else or abuse the federal government to overrule the democratic will of the people in states that have put legal systems in place. And politicians who ought to know better shouldn't make common cause with moralists just because a casino owner offered up some campaign cash.