A Recipe for Economic Growth in the New Year

Veronique de Rugy
|
Posted: Jan 05, 2017 12:01 AM
Share   Tweet
The opinions expressed by columnists are their own and do not necessarily represent the views of Townhall.com. 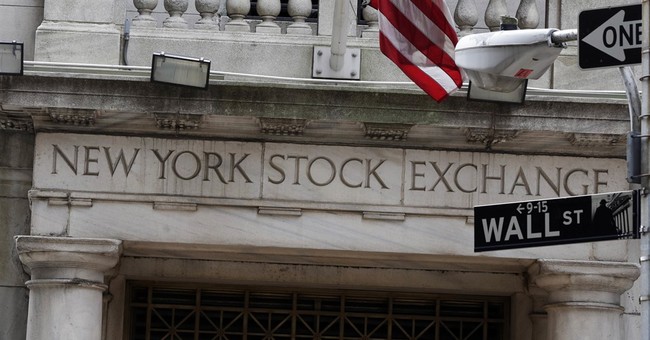 With the beginning of a new year comes the hope for change. There is so much we could wish for -- peace, the end of poverty or social tensions, and fulfillment for all. The thing is that the best way to get many of these goals is through a tired but so true refrain: Create economic growth. It seems obvious to many of us, yet it's so important to get right that it bears repeating over and over again.

Our country isn't growing so fast as it could. The Congressional Budget Office projects that without any recessions -- an unrealistic assumption -- the economy won't grow any faster than 2 percent annually for the next 30 years. If you wonder what that feels like, look no further than the past 16 years. Since 2000, gross domestic product has grown by 1.78 percent annually on average, which pales when compared with 3.67 percent from 1983 to 2000.

The foundation for economic growth is also the central message Larry Kudlow and Brian Domitrovic write about in their book, "JFK and the Reagan Revolution: A Secret History of American Prosperity." There's no better time for the authors to remind us that attaining economic growth isn't that complicated. First, you start with three indispensable building blocks: property rights, the rule of law and sound money. Without those, they explain, it's very difficult to enjoy robust and strong growth.

The next step to boost the economy is a combination of low taxes, smaller government, free trade and predictable labor laws and regulations. The more of these policies the government gets right the more economic freedom we enjoy. As my colleague Matthew Mitchell documented, there is a solid and positive association between economic freedom and economic growth. Better yet, economic freedom also leads to a reduction in homicide rates, and it's positively related to the female empowerment index, the promotion of tolerance and so much more.

Unfortunately, the United States has lost its way. The Fraser Institute's Economic Freedom of the World index shows that between 2000 and 2016, the United States went from second in the world to 16th. As we fell in the ranking, so did economic growth. Unlike Presidents John F. Kennedy and Ronald Reagan -- both of whom, Kudlow and Domitrovic remind us, "identified substantially cutting income tax rates and getting the dollar strong and stable as the specific policy mix that would let the private sector, which is to say the real economy, thrive" -- today's Republicans and Democrats have forgotten the basics of prosperity.

There's a lot to do. Individual tax rates aren't so high as they were in the 1960s and '80s, but growth is stampeded by the hideous tax code's complexity. The corporate rate is the highest of all developed nations and must be cut to boost growth. The incredible growth of regulation and its negative effect on prosperity are well-documented and require immediate attention, as do the size and scope of government.

Now, it's true that depending on the income distributions, lower-income people may benefit significantly less from growth than those at the top. Yet without economic growth, we can forget about making a meaningful and sustained reduction in poverty.

Look at the impact the slow economic growth since 2007 has had on the bottom half of the income distribution. The Obama administration's massive stimulus spending, new taxes and overregulation have produced the slowest economic and labor recoveries since World War II -- and as a result, median household income has yet to regain its 2007 level.

As Kudlow and Domitrovic remark, 15-plus "years into the twenty-first century, Americans are in a sour mood. They are cranky. Unhappy." It doesn't have to be this way. Whether the Trump administration will awaken the aforementioned policy formula (which includes free trade) from its long sleep to revive prosperity remains to be seen.