Veronique de Rugy
|
Posted: Oct 06, 2016 12:01 AM
Share   Tweet
The opinions expressed by columnists are their own and do not necessarily represent the views of Townhall.com. 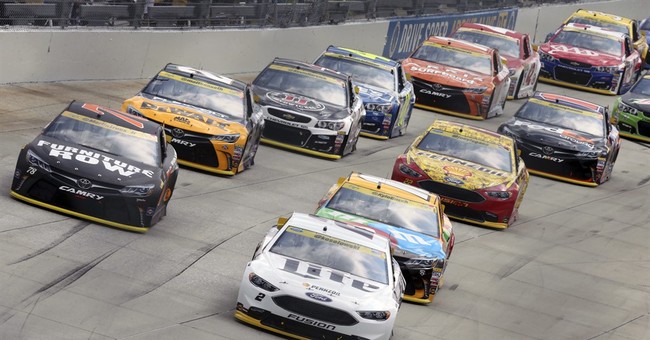 Congress recently passed another short-term continuing resolution to avoid a government shutdown and fund the government until Dec. 9. It was a small victory for those of us who fight against cronyism, as the cronies failed to use the bill as a way to restore the full lending authority of the Export-Import Bank, whose charter expired for a short time last year. Sadly, it is opening the way for the mother of all crony legislation: an omnibus bill during the lame-duck session.

Congress will once again have to consider a massive and unaccountable 2017 spending bill during that post-election twilight period when outgoing politicians are able to push through legislation before the new president and new Congress take power.

We cannot overstate the risk faced by taxpayers during that time. The lame-duck session provides lawmakers with a unique opportunity to load the omnibus bill with pork projects, such as a full Ex-Im revival and other special interest handouts. And this year, the stakes are high for interest groups and lobbyists because some $19.4 billion in tax extenders -- privileges granted to politically favored special interests -- are set to expire.

They include $26 million in tax privileges for NASCAR and Hollywood movie studios, $7 billion in renewable energy subsidies, $336 million in rum subsidies, and a $433 million railroad maintenance subsidy (with all numbers representing two-year costs). As part of President Barack Obama's last hurrah, we should also expect Democrats to push for billions of dollars in taxpayers' money to bail out insurance companies crushed by the failed promises of the Affordable Care Act.

Now, to be fair, these handouts are only a small share of the cronyism that takes place in our tax code day in and day out. In a study just released by the Mercatus Center at George Mason University to review selected corporate tax privileges, my colleague Adam Michel and I examine the current state and accounting of what are commonly called tax expenditures. We find that not all tax expenditures are created equal. Some of these tax exemptions are meant to address economic inefficiencies created -- mostly through the double taxation of capital income -- by the income tax code. However, many of them are simple government-provided tax subsidies.

In our calculations, 65 percent of corporate tax expenditures privilege certain activities or industries while excluding others. They result in effective tax disparities that not only are unfair and encourage rent-seeking but also distort consumption and investment, which harms the economy. For instance, our tax code contains special deductions for many Blue Cross Blue Shield companies, deductions that are not extended to their competitors.

The conversation on tax expenditures is often muddied by a lack of distinction between crony tax expenditures and anti-double taxation deductions. However, it shouldn't stop us from trying to fight the exemptions that are just tax privileges to special corporate interests. As a first step in that fight, lawmakers could let those crony tax extenders expire. They could also expand narrowly applied expenditures that aim to move the tax code toward a neutral base and eliminate expenditures that fail to perform this function.

Ultimately, members of Congress could adopt a broad-based consumption tax system to replace the complicated and unfair income tax we have now. And until they do, they should abstain from adding new tax privileges to serve their corporate friends.